Ronapreve: this new treatment for COVID-19 has just been authorised – here’s everything you need to know 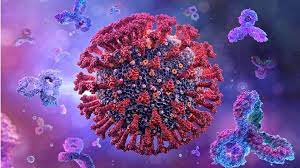 The UK medicines regulator has just approved a new COVID-19 treatment. Branded Ronapreve in the UK and REGEN-COV in the US, the drug was developed by Regeneron Pharmaceuticals with Roche. It first grabbed headlines in October 2020 when President Trump received it during his COVID-19 infection.

Already licensed for emergency use in more than 20 countries – including the US, Japan and India – it is used to treat or prevent acute COVID-19 infection, though isn’t a substitute for vaccination. Administered by injection or infusion, it’s intended for people at high risk of developing severe COVID-19. It can be given either to people already showing symptoms or those who have recently been exposed to someone infected to lower the risk of catching the virus.

Ronapreve belongs to a class of medicines called monoclonal antibodies, or mAbs. These are molecules produced in a laboratory that mimic the natural antibodies that the immune system makes to fight disease.

The treatment contains two mAbs: casirivimab and imdevimab. They are designed to stop the coronavirus attaching to ACE2, a receptor found on the surface of human cells in the respiratory tract. The virus binds to the receptor to get inside the cell, where it can replicate before going on to infect other cells.

One of the mAbs is derived from a COVID-fighting immune cell taken from a human survivor of the disease. The other was produced in a mouse genetically modified to have a human immune system. The advantage of combining the two is that they target two different parts of the spike protein, many of which protrude from the coronavirus – these are what it uses to bind with ACE2. Using both reduces the chance of the virus escaping from the immune system. 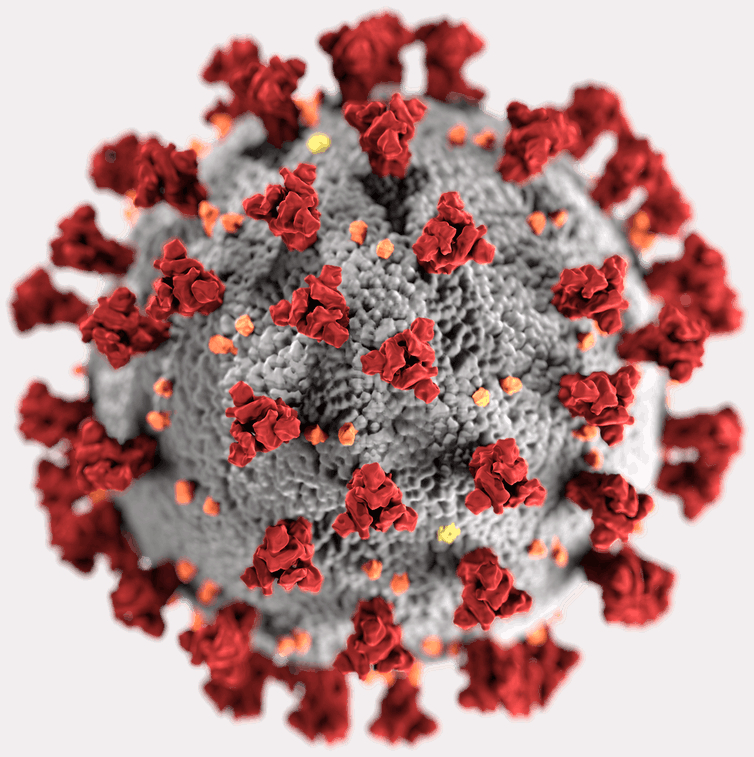 The coronavirus, with its spike proteins shown in red. Credit: US Centers for Disease Control and Prevention/Wikimedia Commons.

The effect of the treatment is to boost a person’s immunity, allowing their immune response to clear the virus so they can recover from the infection. In this respect, it works similarly to convalescent plasma therapy, in which antibodies from people who have recovered from a disease are taken from their blood and given to other people to boost their ability to fight off the illness.

The advantage with mAbs, though, is that they are all identical, and so only bind to the coronavirus itself. They therefore have less chance of causing side-effects than blood plasma, which contains a mixture of antibodies that may bind to (and damage) other cells inside the body.

How effective is this treatment?

Ronapreve has undergone a number of clinical trials around the world. According to Regeneron, by July 2021 16,000 patients, in both hospitalised and non-hospitalised settings, had received the drug in trials. Trials are split into stages, with the final stage – phase 3 – involving many people to confirm that the medicine being tested works against the disease it’s targeting.

One phase 3 study involved 1,505 participants in the US, Romania and Moldova. All had been exposed to a household contact diagnosed with COVID-19 in the previous 96 hours. Half were given Ronapreve, half a placebo. Those in the Ronapreve group were 81% less likely to catch COVID-19 from their household contact than those in the placebo group, and in those that were infected, the drug reduced the duration of their symptoms and the amount of time they had high amounts of virus in their body.

The drug was was also evaluated in the UK’s Recovery trial – a wide-ranging project that has tested various COVID-19 treatments.

And another phase 3 study (currently still in preprint, so awaiting review from other scientists), which involved in high-risk hospitalised patients, suggests that the drug reduces hospitalisation or death by 70% and the duration of symptoms by four days.

Who will be given Ronapreve?

This therapy is likely to be most beneficial for those with compromised immune systems, such as people with HIV/Aids and cancer, transplant patients on immunosuppressant drugs, and those with immunodeficiency disorders. These people are not only highly susceptible to infections but also respond poorly to vaccination.

Ronapreve will likely only be given to patients who are highly sick or vulnerable. However, how broadly the treatment is used remains to be seen. Because antibodies are biological rather than chemical molecules and can only be manufactured in the cells of mammals in laboratory conditions, which is time consuming and expensive. One gram of mAbs typically costs anywhere between $95 and $200 to produce, not including the costs of researching it.

It’s not yet clear exactly what the price of Ronapreve will be. In India, one dose costs INR57,750 (GBP£566), a price that may put it out of reach for the majority of the world. In the US, though, it is available without charge to people as part of a government-funded programme. UK experts are currently advising the drug be reserved for the most vulnerable, because it could cost £1,000-£2,000 per use.

Why its approval is significant

The technique for producing mAbs was first developed in the UK by César Milstein and Georges Köhler in 1975. Since then more than 100 mAb drugs have been licensed in Europe and the US for multiple conditions, with the rate of approvals rapidly increasing.

However, until now only a handful of mAbs have been approved for infectious diseases. Most are used to treat cancer and autoimmune disorders. Progress has been slow in developing these treatments for infectious diseases partly because of the continuing high reliance on antibiotics, which are cheaper to produce and easier to administer to patients. Another limiting factor has been the fact that infectious diseases tend to be short lived, so their treatments have a limited market value. This has given companies little incentive to invest in such drugs.

So as well as offering a new way to protect people from COVID-19, the licensing of a treatment of this type for this disease is a major milestone in mAb development.

This article was originally published in The Conversation.