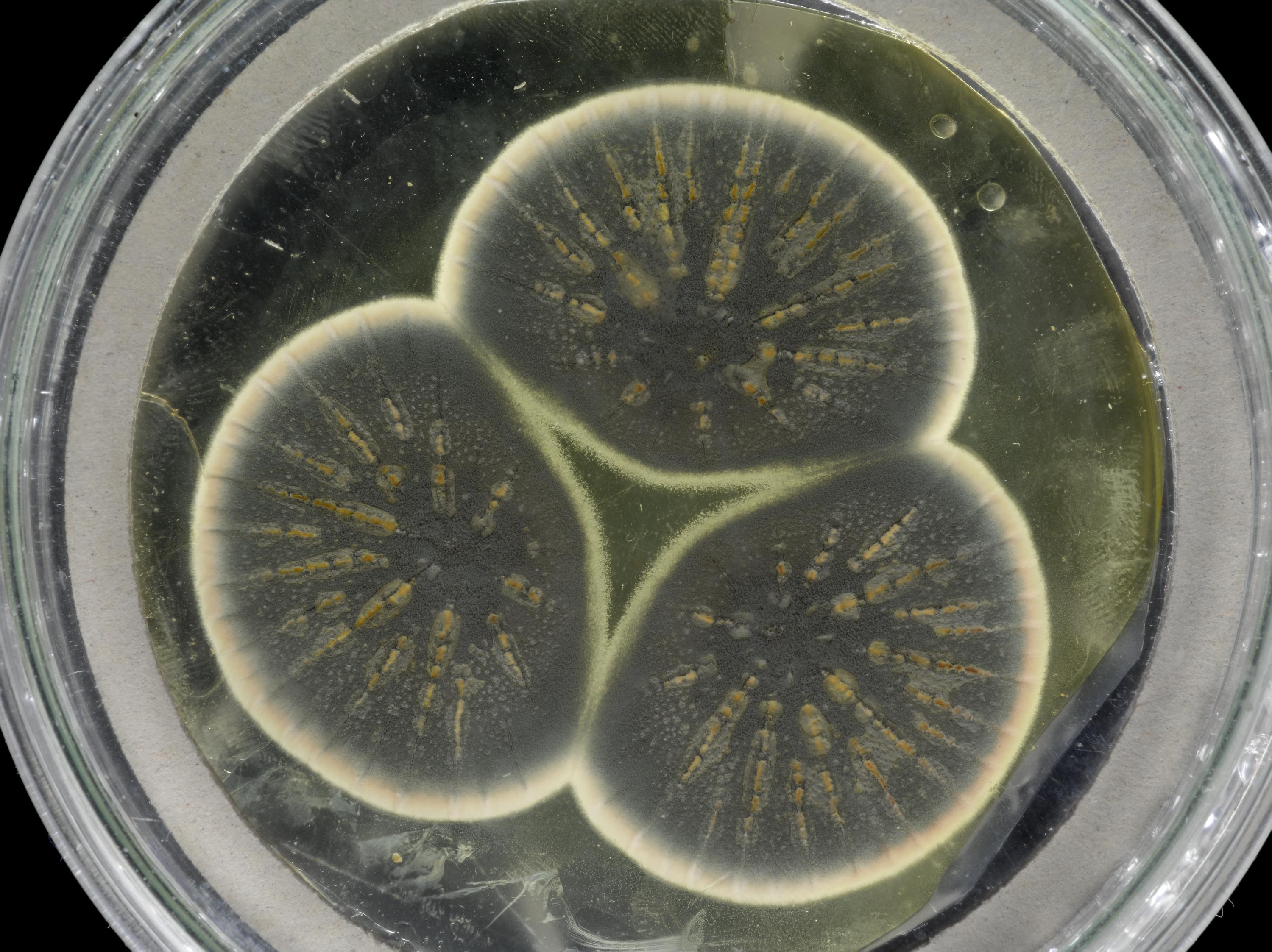 Figure 2.2.1: Penicillium rubens. This photo shows a culture made from the spores of the fungus Penicillium rubens. Grown in 2017 it is a clone of the fungus that Fleming first spotted growing on his research plates in 1928 which led to his discovery of penicillin. The fungus was later deposited in the Centre for Agriculture and Bioscience International culture collection in the 1940s (Credit Science Museum).

The penicillium fungal species was known about long before Fleming. One of the first scientific descriptions of the fungal species was made in 1809 by botanist Johann Heinrich Friedrich Link. He published it in his work Observationes in ordines plantarum naturales. Link called the fungus 'pencillatis' to describe its 'pencil-like' characteristics. There are now thought to be 354 Penicillin species, only 8 of which produce penicillin (Sharma, 2017).

Fleming was also not the first person to notice the impact of the fungus on bacteria. In 1871 John Scott Burdon-Sanderson demonstrated through a series of experiments that Penicillium moulds could prevent the growth of bacteria in broth. The same phenomenon was observed by several other scientists in the 1870s in England and across Europe. This included the English surgeon Joseph Lister who, inspired by Burdon-Sanderson's work, launched some experiments of his own with Penicillium glaucum in November 1871. These revealed that P. glaucum could destroy bacteria in a liquid culture. Following this he successfully used the fungus to treat an abscess in a patient. 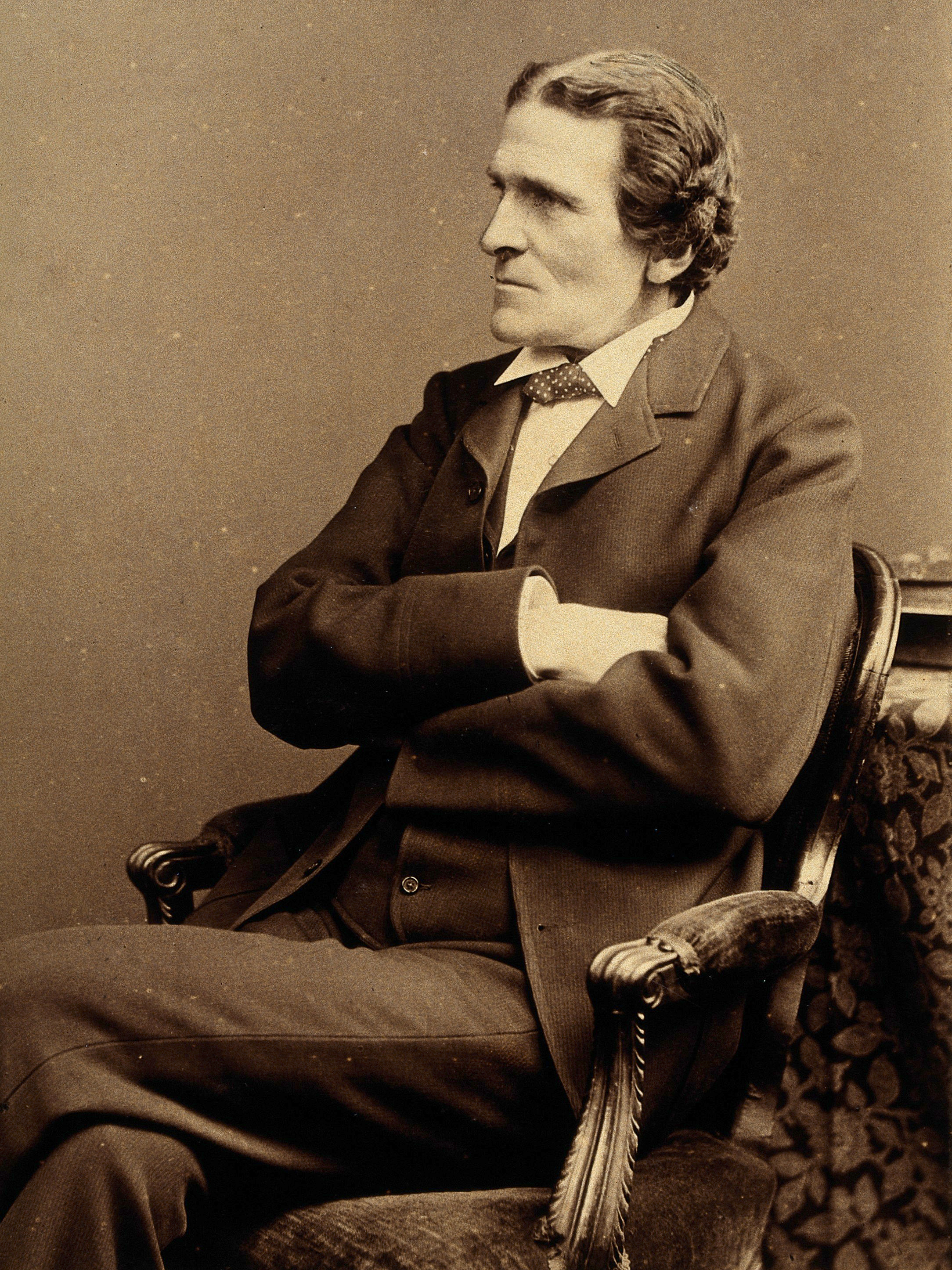 Figure 2.2.2: John Scott Burdon-Sanderson, n.d. (Credit: Maull & Fox Wellcome Images). Burdon-Sanderson (1828-1905) was born in Newcastle upon-Tyne and trained in medicine at Edinburgh University and in Paris. In 1853 he was appointed Medical Registrar of St Mary's Hospital in Paddington and then served as the Medical Officer of Health for Paddington, London, between 1856 and 1861 and medical officer of the Privy Council. He also worked as a physician at the Brompton Hospital for Consumption and also at the Middlesex Hospital from 1860 and was elected fellow of the Royal Society and Croonian lecturer in 1867. From 1870 Burdon-Sanderson dedicated his time to scientific research in pathology and physiology and took up positions at the Brown Animal Sanitary Institution (University of London) and University College London. His research focused on understanding the causes of infectious disease and he was an early pioneer in the development of germ theory. 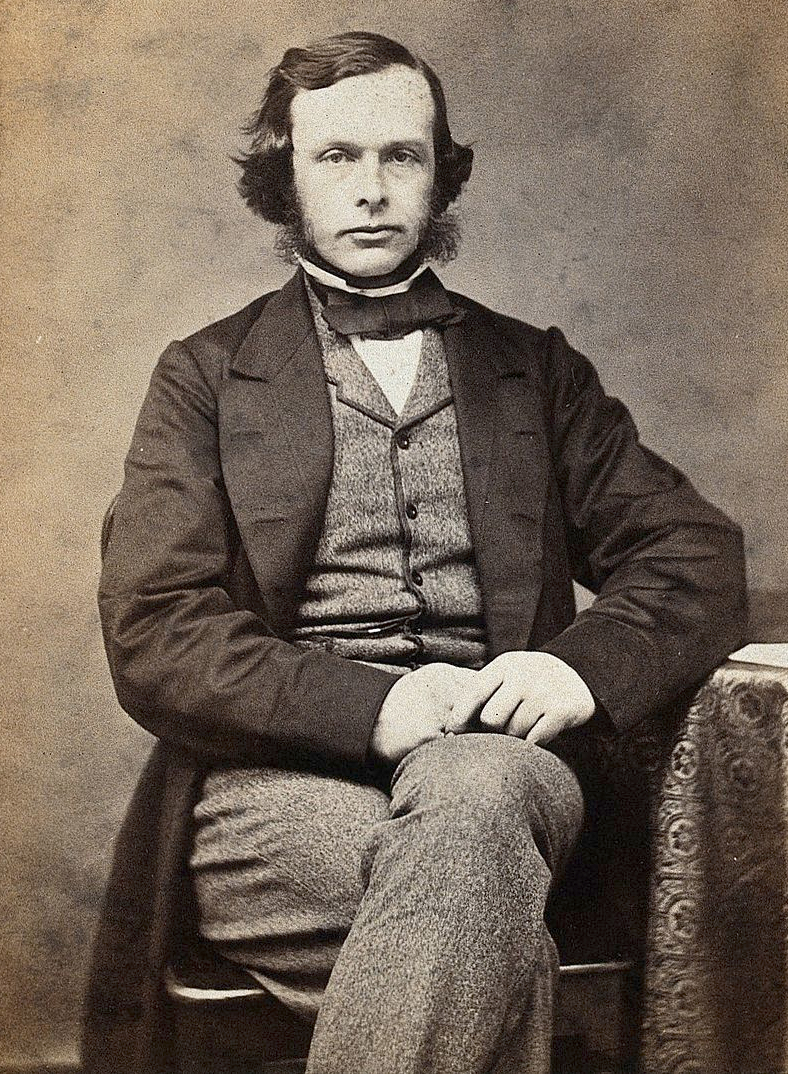 Figure 2.2.3: Joseph Lister, n.d. (Credit: Wellcome Images). Born in Essex, England, to a Quaker family, Lister (1827-1912) did his medical training in London and went on to become a surgeon at the Glasgow Royal Infirmary. He is best known for having pioneered antiseptic methods for surgery which substantially reduced mortality from postoperative infections. 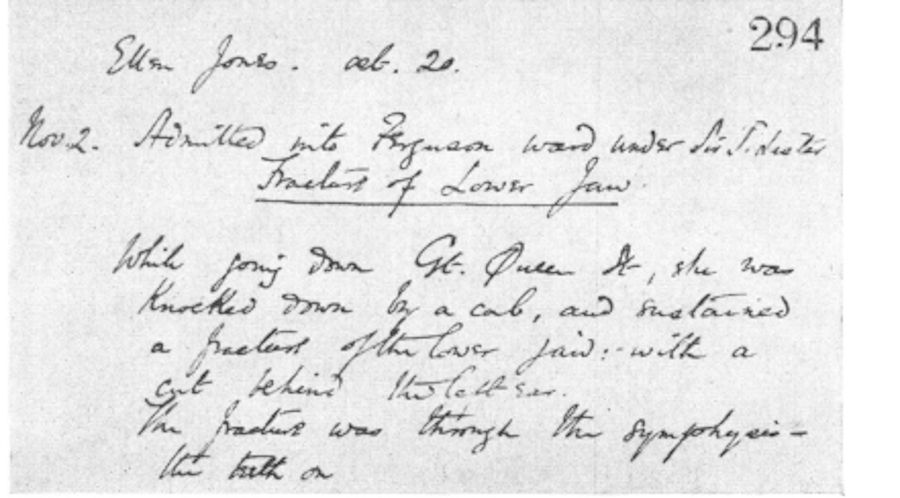 Figure 2.2.4: Joseph Lister's surgical note from the records of King's College Hospital, Patient Case Notes, volume 42, 1884 (Credit: King's College London Archives). The note reads 'Ellen Jones. aeb. 20. Nov 20. Admitted into Ferguson ward under Sir J Lister. Fracture of Lower Jaw. While going down Gt. Queen St, she was knocked down by a cab, and sustained a fracture of the lower jaw: with a cut behind her left ear…'. Lister fixed Ellen's fracture by wiring her jaw fragments in position with a thin silver wire. Ellen went on to develop an abscess in her buttocks which was slow to heal. Lister successfully treated the abscess with P. glaucum. Ellen was so pleased with the result that she noted down the name of the treatment as 'penicillium' on one of her Christmas song sheets (Fraser-Moodie, 1967). 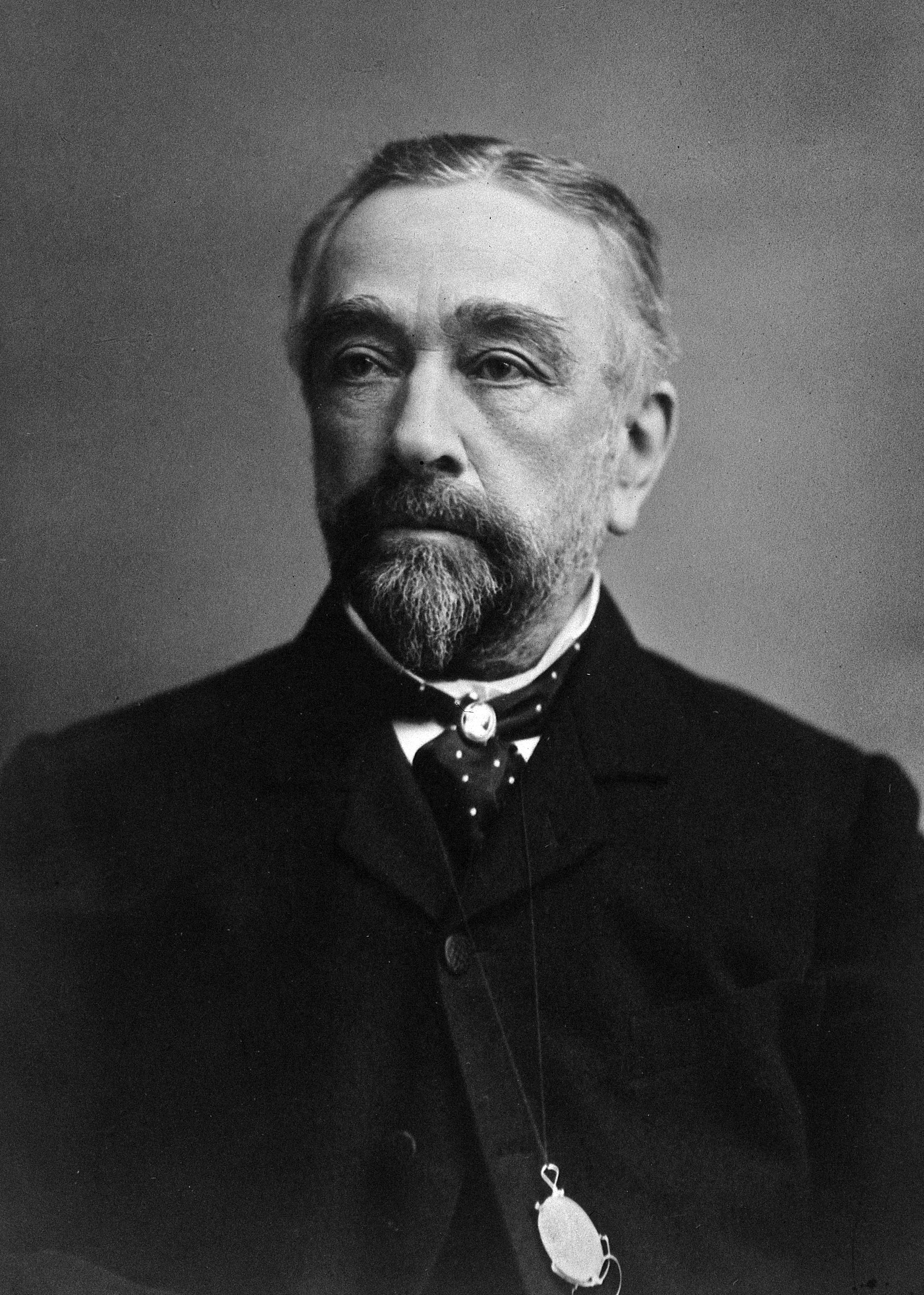 Figure 2.2.5: William Roberts, n.d. (Credit: Wikipedia). Roberts (1830-99) was another person who observed the antibacterial properties of P. glaucum. He was a house surgeon at Manchester Royal Infirmary. In April 1874 he noted the difficulty of growing bacteria in the presence of P. glaucum in a paper presented to the Royal Society. As he put it, 'I have repeatedly observed that liquids in which the P. glaucum was growing luxuriantly could with difficulty be artificially infected with bacteria… There is probably a struggle for existence and a survival of the fittest' (Roberts, 1874).

Lister was just one of a number of physicians who investigated the clinical application of moulds in the nineteenth century. Another one who conducted such research was Vincenzo Tiberio, who while training to be a physician in Naples in the early 1890s, had observed that people suffered from intestinal disorders everytime they drank from a well when its walls were cleaned of mould and that this problem disappeared once a new mould appeared. Tiberio followed up his observation after he graduated and joined the Hygiene Institute at Naples University. This involved cultivating the moulds scraped from the well and then testing some extracts taken from the cultivated moulds. In the first experiment Tiberio put some of the extract in test tubes with various bacteria, including typhoid and anthrax bacilli and cholera vibrio. He found that the extract was able to destroy Streptococci in just ten hours and typhi and anthrax bacilli after a day. Tiberio subsequently demonstrated that injecting the extracts into the subcutaneous and intraperitoneal tissue of mice could kill off typhoid and cholera bacilli. He published his findings in Italian in 1895. Despite publishing his article in the Annali di Igiene Sperimentale (Annals of Experimental Hygiene), one of the most important Italian scientific journals of the time, Tiberio's work failed to attract much attention among his peers (Bucci, Galli). 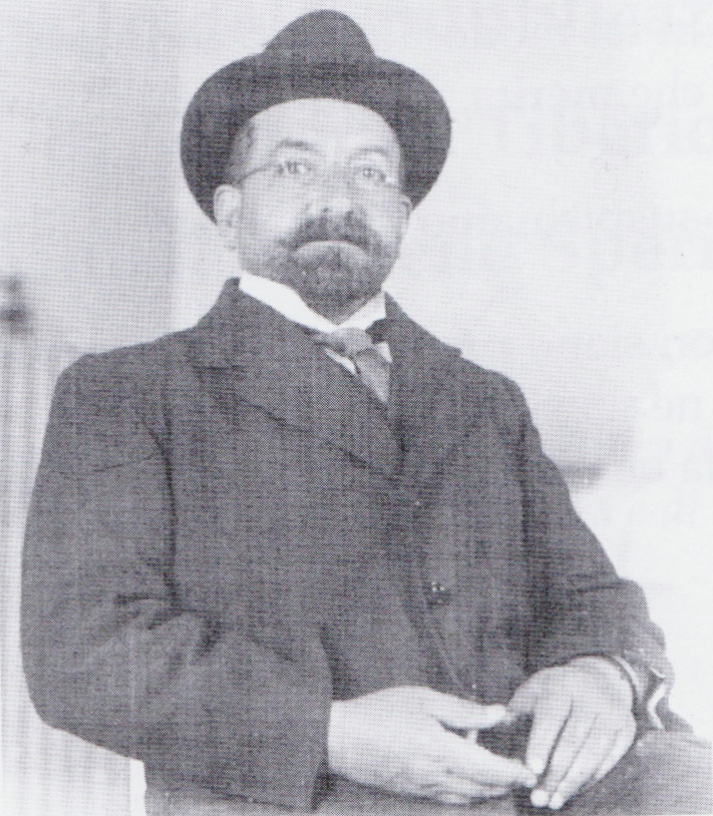 Figure 2.2.6: Vincenzo Tiberio, n.d. (Credit: Wikidot). Tiberio (1869-1915) was born in Sepino in Molise and studied medicine at the Faculty of Medicine at the University of Naples. After the disappointing academic reception to his mould work Tiberio took up a position with the Italian Maritime Corps. This saw him taking part in numerous military missions. This included a posting in Zanzibar where he treated sailors with smallpox. He also played a key role in saving the lives of those caught up in the Messina and Reggio Calabria earthquake of 1908. In 1912 he was appointed the Director of the Bacteriological Laboratory at the Maddena Military Hospital and then in January 1913 was sent to Tobruk, which Italy had just conquered, where he helped establish the first Italian hospital in Libya (Bucci, Galli).

In 1897, just two years after Tiberio had published his article, Ernest Duchesne, a young French medical student in Lyon independently reported some similar findings from some experiments he conducted with P. glaucum grown in broth. Duchesne had launched these experiments after witnessing Arab stable boys at his army hospital deliberately setting out to grow the mould on saddles to heal saddle sores on horses. Duchesne's initial experiments, conducted in the 1890s, showed that an extract of P. glaucum could destroy Salmonella typhi (S. typhi) and Escherichia coli (E.coli) bacteria in test-tubes. Following this Duchesne demonstrated that injections with P. glaucum could provide protection and treatment in guinea-pigs injected with the same bacteria. Duchesne published his results in his doctoral thesis. He ended his thesis with the claim that his discoveries might have potential applications for the prevention and treatment of bacterial diseases. Duchesne, however, did not pursue his ideas any further because soon after publishing his thesis he was drafted into the French army. He was then subsequently incapacitated by tuberculosis which in 1912 cut short his life at the young age of 37 years old (Duckett; Sharma, 2016). 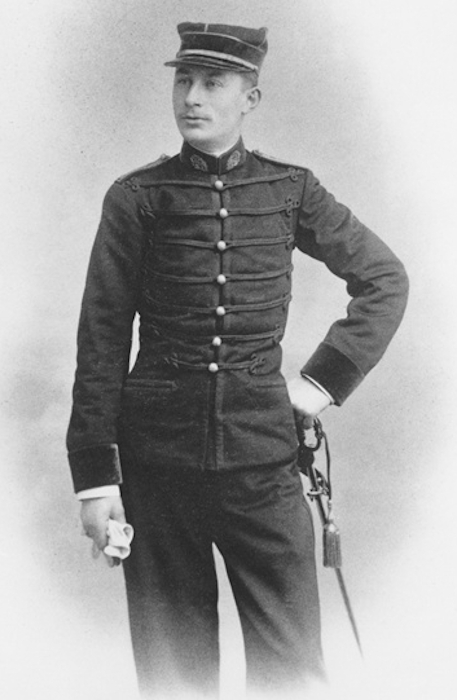 Figure 2.2.7: Ernest Duchesne, n.d. (Credit: Source unknown). Duchesne (1874-1912) was born in Paris and completed his medical training at the Military Health Service School of Lyons. He began his doctorate in 1896 under the supervision of Gabriel Roux, a professor of microbiology at the Faculty of Medicine in Lyon who had strong expertise in fungi and water microbes. Roux suggested that Duchesne investigate the competition between bacteria and fungi based on his theory that it could have medical applications. This was based on Roux's own observation that many fungal spores could be found in the air but never in tap or fountain water. Duchesne's thesis title was 'Concurrence Vitale chez les Microorganismes: Antagonisme entre les Moisissures et les Microbes (The struggle for life amongst microorganisms: Antagonism between moulds and bacteria)' (Duckett; Sharma, 2016).

While the work by Tiberio and Duchesne went largely unnoticed, some more important observations were made just two years before Fleming made his own discovery. These were made by the Belgian researcher André Gratia and his colleagues, notably Sarah Dath, at the University of Liege, who prompted by the discovery of bacteriophages (viruses that attack bacteria), mounted a series of investigations in the early 1920s to find other agents that were capable of destroying bacteria. This they did with the aid of a selective technique which made it possible to detect bacteria with antimicrobial activities, such as Streptomyces and Bacillus which they found produced a toxic protein, subsequently called bacteriocin, lethal to other bacteria. In the course of their work they also noticed that a contaminant of P. glaucum was able to dissolve dead cells of staphylococcus and other bacteria. Following this, they demonstrated that a preparation of the antibacterial substance made from the mould could dissolve a fresh suspension of killed staphylococci and all types of staphylococci as well as killed cultures of Pseudomonas aeruginosa, Mycobacterium tuberculosis and Escherichia coli. However, it proved ineffective against living E. coli and E. typhosa. Gratia and his team went a step further to show that the preparation (mycolysate) was not toxic in guinea-pigs and used it in combination with bacteriophages to treat patients with stubborn staphylococcal infections. Gratia was probably working with Penicillium sp., but we cannot be sure. He did not pursue the research any further because he was already absorbed in other projects (Wainwright). 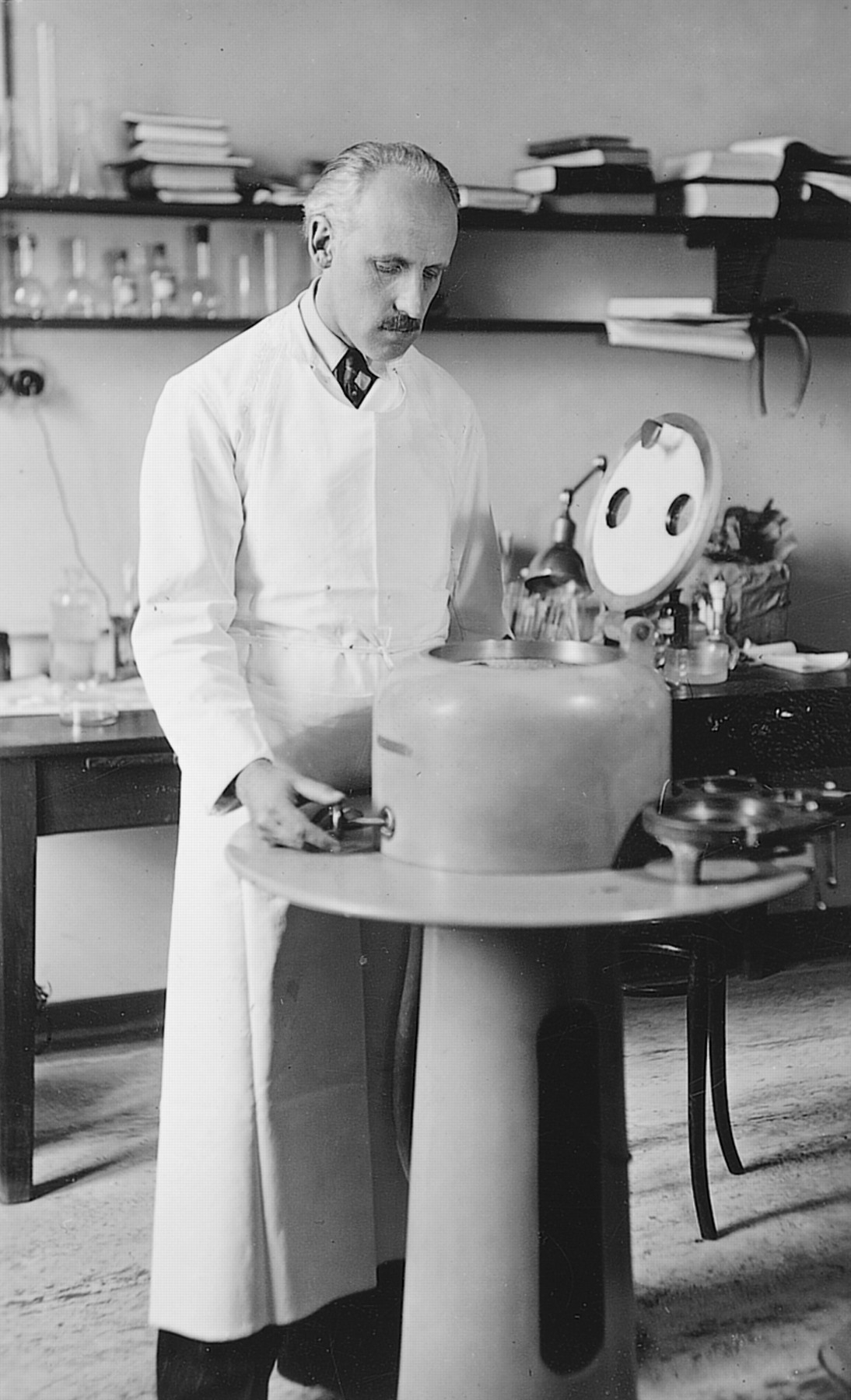 Figure 2.2.8: André Gratia, n.d. (Credit: Jean-Pierre Gratia). In 1930 Gratia reported the successful use of his mycolysate with a bacteriophage in patients. One of these included 'a patient, who for three years, had not spent a single day without a boil, in spite of all treatments applied by several physicians.' Gratia gave the patient three injections of bacteriophage and a series of injections with his mycolysate. He described the result as 'remarkable… the cure was not only quickly achieved, but lasting, as there was not the slightest relapse since it was effected three years ago.' Based on his success with this patient and others he concluded that the treatment was 'the most efficacious treatment for the stubborn staphylococcal infections; it is quick and sure; and presents no danger; it is not painful and is easy to apply' (Wainwright;Gratia).

Fraser-Moodie, W (1967) 'It is good to occasionally unroll the pages of the past', paper read at B.A.O.S. Spring meeting, Edinburgh, British Journal of Oral Surgery, 77-85.Back

Roberts, W (1874) 'Studies on biogenesis', Philosophical Transactions of the Royal Society of London, 164: 466.Back

Sharma, G (2016) 'La Moisissure et la Bacterie: Deconstructing the fable of the discovery of penicillin by Ernest Duchesne', Endeavour, 40/3: 188-200.Back

Sharma, G (2017) 'No New Thing under the Sun: On claims to the discovery of penicillin prior to 1928', Journal of Pharmaceutical Microbiology, 3: 1.Back

<< The history of penicillin