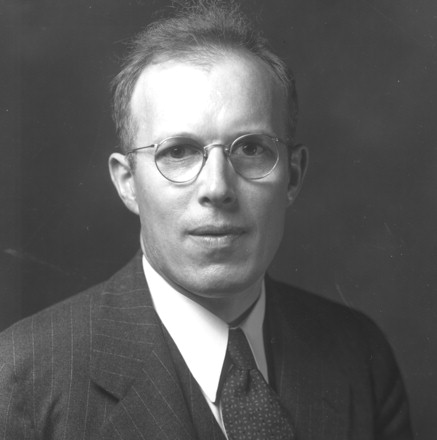 Figure 2.4.1: René Dubos in 1941 (Credit: Rockefeller University Archives). Born in Saint-Brice-sous-Foret, France, Dubos (1911-82) graduated from the Institut National Agronomique in Paris in 1921. He then completed a doctorate in soil microbiology at Rutgers University, New Jersey, USA, in 1927, under the supervision of Selman Waksman. Under Waksman's guidance Dubos became very adept at soil chemistry and bacteriology. Dubos joined the Rockefeller Institute for Medical Research, in New York City, after finishing his doctorate and spent most of his career there.

Dubos' journey towards the development of antibiotics all began in 1917 when he was recruited by the geneticist Oswald Avery at the Rockefeller Institute to find a soil microbe that could destroy a sugar-based coating of type III pneumococcal bacteria responsible for pneumonia. Avery set Dubos the task because the sugar-coating, known as a polysaccharide capsule, helped to protect the bacteria from serum therapy which was then a standard treatment for pneumonia. By 1931 Dubos had managed to develop a capsule-devouring microbe. He achieved this by feeding a diet of purified type III pneumococcal polysaccharide to soil samples taken from a New Jersey cranberry bog. Soon after this Dubos managed to isolate an enzyme from the new microbe which he called S-111. The enzyme was able to destroy the capsules of pneumococcal bacteria thereby making them vulnerable to attack by phagocytes from an infected animal. Avery and Dubos investigated the possibility of developing S-111 as a therapy to treat humans, but their efforts were eclipsed by the discovery of prontosil and other sulpha drugs (Honigsbaum).

While the work on S-111 was abandoned, it taught Dubos several important lessons. Firstly, he learnt how to train bacteria by giving them a highly specific diet and manipulating several environmental factors in the culture medium. Secondly, he found out that bacteria produce 'adaptive' enzymes which enables them to respond to changes in their environment (Moberg). Based on his new knowledge Dubos set out to devise a scheme to find new antibacterial enzymes that could inhibit the growth of Gram-positive bacteria. One of his experiments involved feeding suspensions of pneumococci, staphylococci and streptococci to soil organisms. This encouraged the growth of Bacillus brevis, a spore-forming soil bacterium that thrived on such a diet. By July 1939 Dubos had managed, with the help of Rollin Hotchkiss, to isolate two antibacterial agents from the bacterium. The first, known as gramicidin, inhibited the growth of Gram-positive bacteria. The second, tyrocidine, attacked the membranes of both Gram-negative and Gram-positive bacteria. It did not take long for the two compounds to be commercialised and employed clinically. They were the first antibiotics to be manufactured commercially. The drugs were used for the treatment of war wounds and other topical infections like ulcers (Van Epps). 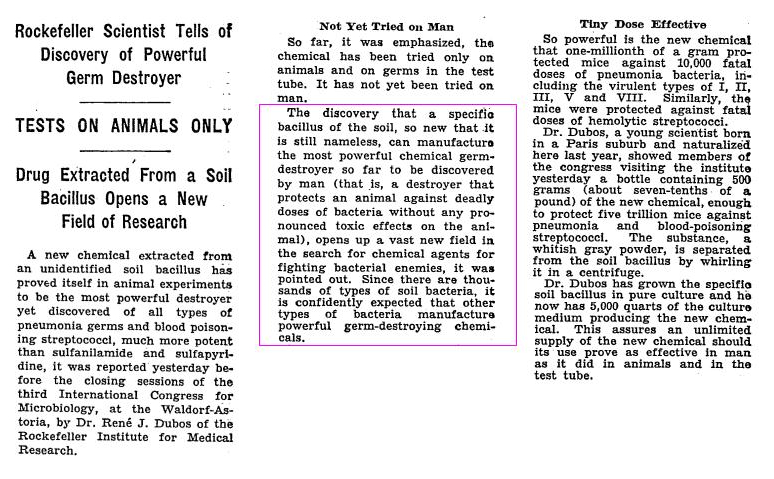 Figure 2.4.2: Excerpts from The New York Times, 9 September 1939 illustrating some of the excitement generated by Dubos' work.

One of the most immediate impacts of Dubos' work was that it revived interest in penicillin. In particular, it attracted the attention of Florey and Chain who up to this point had little expectations that their scientific investigations into the biochemical and biological properties of penicillin would lead to the development of a drug (Abraham). In addition to galvanising Florey and Chain's therapeutic work on penicillin, Dubos' results inspired other scientists to probe the soil for other microbes capable of producing antibacterial agents. This included Selman Waksman, Dubos' former mentor. By October 1943 Waksman and Albert Schatz, his doctoral student, had managed to isolate streptomycin, an agent that inhibits Gram-negative bacteria. Streptomycin provided the first effective cure for tuberculosis. 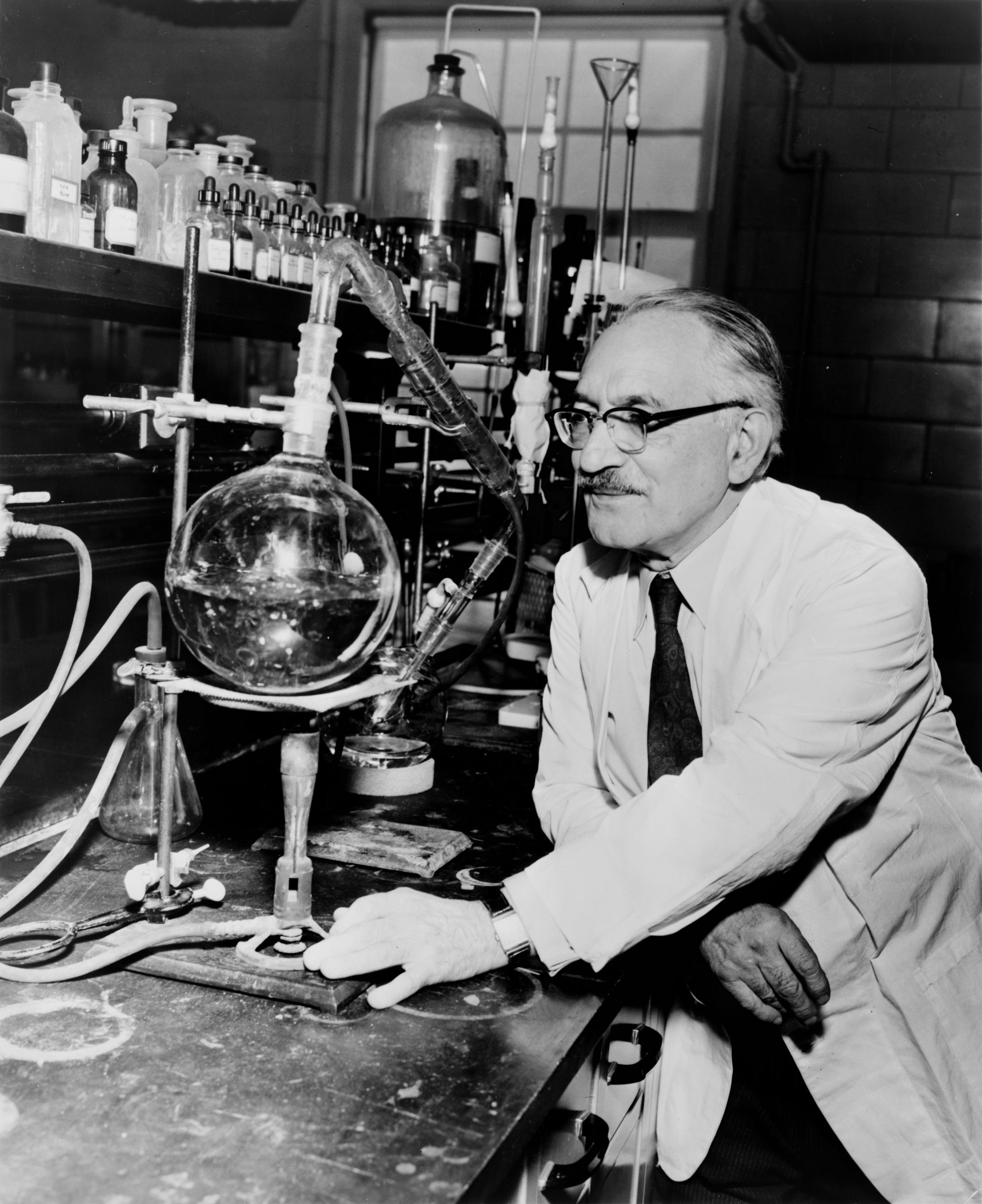 Figure 2.4.3: Selman Waksman, 1953 (Credit: Roger Higgins, Library of Congress). Born to Jewish parents in Nova Pryluka, now in Ukraine, Waksman (1888-1973) immigrated to the United States in 1910 where he completed a degree in agricultural science at Rutgers College (now Rutgers University) in 1915 and then a doctorate in biochemistry at the University of California, Berkeley in 1918, following which he joined the faculty of biochemistry and biochemistry at Rutgers. Waksman spent his career studying soil microbes. In addition to isolating streptomycin, Waksman and his students found more than fifteen other antibiotics.

Despite his achievement in 1942, Dubos quickly abandoned his development of antibiotics thereafter. Why he did so remains unclear, but part of it was motivated by the death of his wife, Marie Louise, after she suffered a relapse from tuberculosis. She had harboured the disease since she was a young child. Marie Louise's death inspired Dubos to spend the remainder of his career trying to understand the factors that influence the growth and life-cycle of Mycobacterium tuberculosis and the conditions that encourage its resistance. In 1952 he published a book on tuberculosis, The White Plague , in which he starkly warned that it would never be eliminated by drugs. His laboratory was one of the first to record multi-drug resistance with the disease (Moberg).

<< Warnings about AMR
The history of penicillin >>