No accurate figures survive of how many patients received penicillin preparations in the immediate aftermath of Fleming's discovery. One of the first patients to receive penicillin, however, was Stuart Craddock, Fleming's assistant. He was given the treatment in an attempt to treat his long-standing sinusitis. On 9 Jan 1929 Fleming injected 1 cc of penicillin broth into Craddock's nasal cavity, which had previously been enlarged through an operation and become infected. Thereafter, Craddock irrigated his nose a number of times over several days, but the treatment had no effect. The failure probably stemmed from the fact that the pathogen that caused Craddock's infection was unresponsive to penicillin (Hare).

Fleming and Craddock's notebooks show that in March 1929 they were filtering penicillin broth to treat patients at St Mary's Hospital. In one case they prepared several litres of penicillin broth to be orally administered to a woman diagnosed with rheumatoid arthritis. The aim of the treatment was to destroy the large number of enterococci in her alimentary canal which were thought to be the cause of her arthritis. The treatment had no obvious effect (Hare). 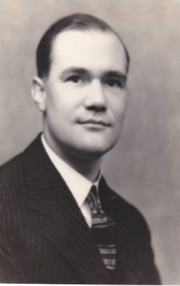 Figure 3.2.1: Cecil G Paine (Credit: Wainwright, Swan). Paine (1905–94) qualified in medicine at St Mary's Medical School in 1928 and studied bacteriology under Alexander Fleming. In 1929 he took up a position as a junior pathologist at Sheffield Royal Infirmary, taking with him some penicillin cultures from Fleming which he continued to grow in meat broth in his new workplace. Paine used the culture to prepare crude penicillin filtrates to treat the patients in the Sheffield Royal Infirmary. Paine never published his positive results, but he did mention them to Fleming and Howard Florey. His treatment with penicillin remained largely unknown until 1986 when Milton Wainwright, a microbiologist, and Howard Swain, a historian of medicine, interviewed him and unearthed his case records.

More success was achieved at Sheffield Royal Infirmary, where Cecil George Paine (pathologist) and Albert Boswell Nutt (ophthalmologist) tried using some penicillin drops to treat four very young babies with eye infections in August 1930. Two of the cases were infected with gonococcus and the other two with staphylococcus. The babies faced the risk of going blind if left untreated.

Two of the babies were noted to have good clinical responses to the penicillin. The first case, Peter, was a three-week old baby diagnosed with bilateral ophthalmia neonatorum of gonococcal origin (Figure 3.2.2). He had been admitted to Mr Nutt's female ward at Sheffield Royal Infirmary on 28 August 1930 after having failed to respond to initial eye treatment at Nether Edge Hospital. None of Paine or Nutt's notes remain to explain what happened over the next three months, but on November 25 they recorded the baby being treated with 'pinicillin' [sic]. The baby's eyes were recorded as 'clean' seven days later. The second case, Sheila, was a six days old baby girl who was admitted on 2 December 1930 with a diagnosis of 'ophthalmia neonatorum' (Figure 3.2.3). Her record notes her eyes being 'swollen and full of pus' and a culture with 'diphtheroids', a type of Gram-positive bacteria. Sheila's eyes cleared after she was given hourly penicillin. She went home eighteen days later.

In addition to the babies, Paine and Nutt also successfully administered penicillin in early 1931 to a coal miner whose eye had become infected after a stone became lodged behind the iris in his eye. Based on swabs taken from the conjunctival sac of his eye the infection was found to be caused by pneumococci bacteria. The infection cleared up after the man's eye was irrigated with penicillin for forty-eight hours. This made it possible to remove the stone from his eye. The miner recovered perfect vision in his affected eye (Wainwright, Swan).

Back in London, Fleming also successfully treated Keith Rogers (Figure 3.2.4), who was a medical student at St Mary's Hospital and captain of the London University rifle team. Fleming was prompted in 1932 to try out penicillin ointment after Rogers managed to develop severe conjunctivitis just before an important rifle competition. The ointment cleared up Rogers' infection just in time for him to compete and win the match (Hare).

All the cases treated with the crude penicillin involved surface infections. In the case of Fleming, this partly reflected the fact that he had little access to patients with deep-seated infections. He was also not sure it would work in such conditions. This was based on his observation that penicillin appeared to disappear within minutes of being injected into the bloodstream of animals. Fleming concluded that penicillin would probably never be much use in the treatment of any infections transported in the bloodstream, such as meningitis, pneumonia and peritonitis. In addition he struggled to obtain a pure culture of penicillin. Injecting the substance into a patient therefore carried a risk of introducing pyrogens or impurities that could cause serious illness (Hare; Heaman).

Fleming's thinking about the therapeutic utility of penicillin only changed following the introduction of sulphonamides in the mid-1930s, which swiftly cut the number of deaths from bacterial infections, particularly septicaemia and puerperal fever. Another factor that made Fleming reconsider his position on the therapeutic value of penicillin was the unearthing and purification of another antibacterial agent - gramicidin - in July 1939 by Rene Dubos. The new compound was swiftly heralded as a major breakthrough for treating bacterial infections (Fleming 1945). Click here to see more on Dubos and gramicidin. 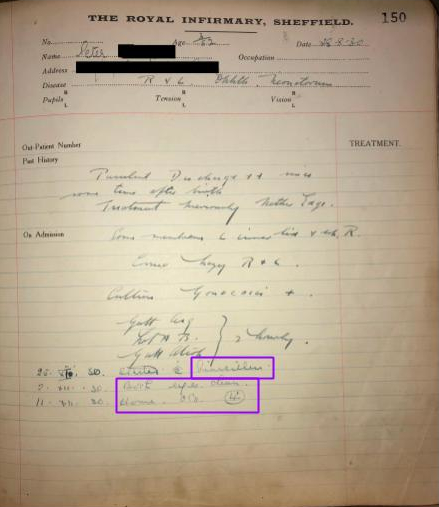 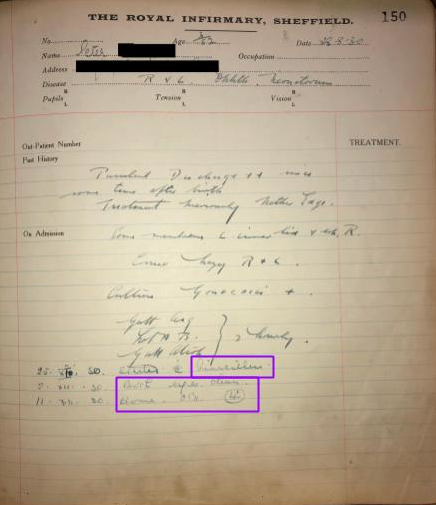 Figure 3.2.4: Keith Rogers (Credit: Rossiter). Following completion of his medical degree in 1934, Keith Rogers (1910-2005) went on to become a research assistant at St Mary's under Fleming and Almroth Wright. He subsequently became a microbiology consultant at Birmingham Children's Hospital.

<< The history of penicillin