﻿Planting the seed for commercialisation

Early on Waldmann and his team began looking for commercial partners to assist in the development and production of alemtuzumab. At the time Cambridge University had no rights to academic inventions, but Waldmann, keen to see his department benefit from what he was doing, invited the University to share in the mechanics of working out its commercialisation. This was done with the support of the Wolfson Cambridge Industrial Unit within the University.

The Wolfson Unit had been founded in 1971 with money from the Wolfson Foundation to help foster technology transfer from Cambridge University to the commercial sector. At the time that Waldmann's team began the search for industrial help, the Unit was undergoing some reorganisation. The advantage of this change was that the Unit moved from its former home within the Department of Engineering to become a separate office and was given greater resources for facilitating links between industry and the university. In addition, a new policy passed by the University in 1986 to help protect its academics' intellectual property afforded the Unit stronger powers. In time the Wolfson Unit would become known by different names and in 2006 would join Cambridge Enterprise, a wholly owned subsidiary of Cambridge University. 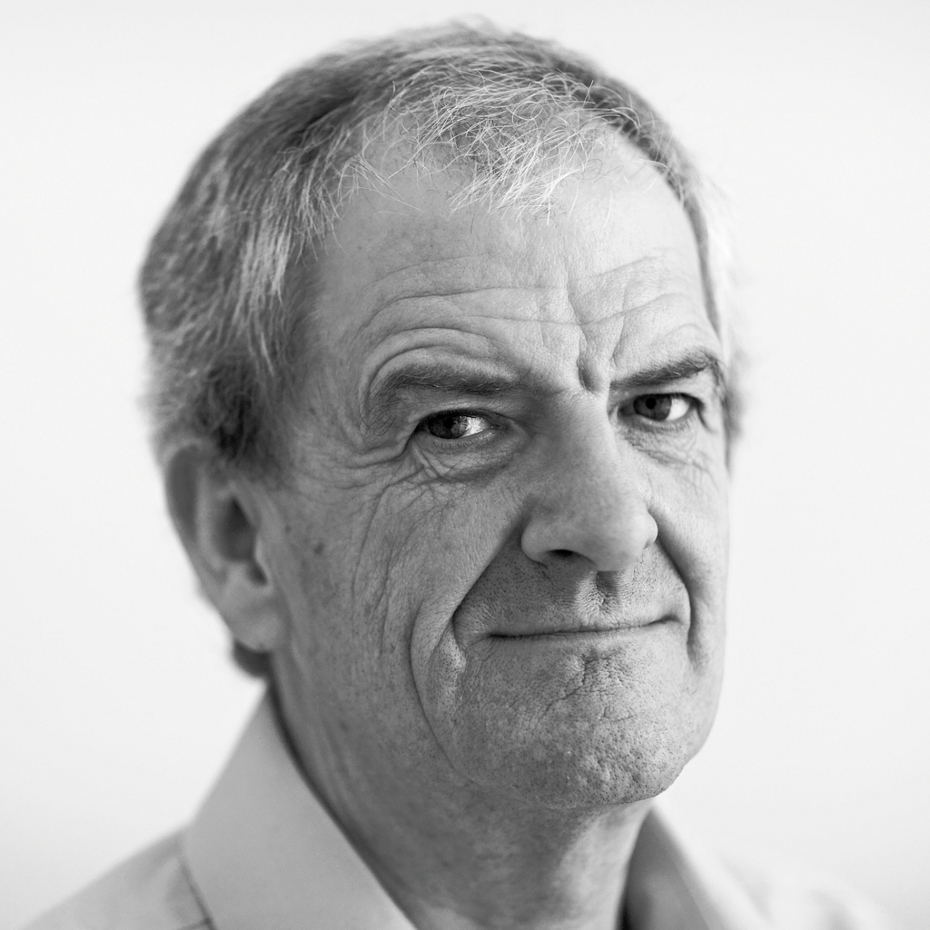 Over the years the staff within the Wolfson Unit would provide invaluable internal assistance to Waldmann and his colleagues in their dealings with industry. One of the key people involved in the project was Richard Jennings. From 1988, he was the lynchpin in guiding the drug through many different types of partnerships.

Much of the work Jennings and his team undertook at the Wolfson Unit remained invisible to the outside world. However, their efforts behind the scenes were instrumental to navigating the complex relationship between academics and company executives. They played a pivotal role in translating what one side was saying to the other and facilitating dialogue in areas where each party did not necessarily share the same vision or goal. Jennings and his colleagues took responsibility for ensuring the correct wording of contracts, the gathering of signatures and the meeting of deadlines. In many ways they played the equivalent role of a midwife, helping to deliver alemtuzumab from the academic womb into the wider commercial world.

In addition to the support from Cambridge University, Waldmann and his group were aided by the British Technology Group (BTG). Formed in 1981, BTG had been created through the merger of the publicly owned National Research Development Corporation and the National Enterprise Board. BTG would be privatised in 1992 and floated on the stock market in 1995. Its original purpose was to ensure that discoveries made by academic researchers that were funded by UK Research Councils were protected by patents where appropriate and were commercialised for the benefit of British industry and the British taxpayer. BTG had the first right of refusal to exploit research funded by Research Councils. Typically, they shared the net benefits of commercial success with the university in which the discovery was made.

Once assigned a technology, BTG took over responsibility for pursuing its patent, assessing its competition and identifying its commercial value in terms of intellectual property. Overall, BTG was responsible for arranging the successful commercial exploitation of a broad range of important British inventions. In the 1960s this included Pyrethrin, an insecticide, and Cephalosporin antibiotics, and in the 1970s a diagnostic test for cholesterol; Interferon, a drug developed for cancer; and MRI (magnetic resonance imaging). 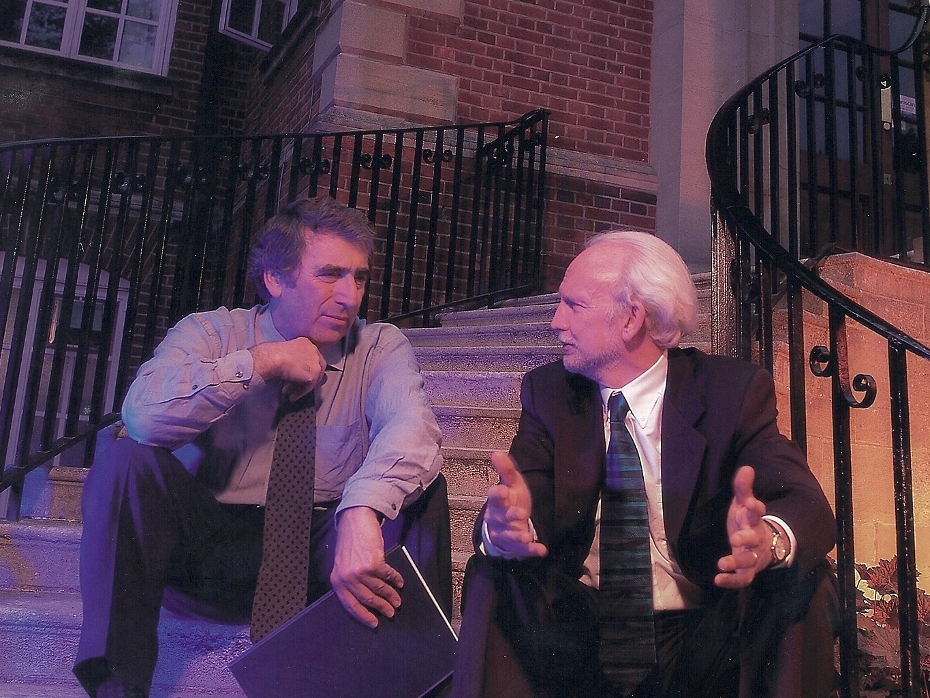 BTG was assigned the rights to alemtuzumab in 1983 onwards. From then on BTG was a constant partner to Waldmann and his team. It bore the responsibility for filing the patents for the drug and prosecuting them worldwide. Over the years, BTG was responsible for maintaining the drug's patent estate and overseeing commercial partnership arrangements.

Initially, BTG sought to license the drug to Celltech, a pioneering British biotechnology company formed in 1980 with help from the British government. The company seemed a natural ally, as it was already involved in the development of monoclonal antibodies for typing blood and purifying interferon, created across the road from Waldmann's laboratory at the Laboratory of Molecular Biology. Celltech was also commercially developing other antibody products and was then in the process of building its own manufacturing capacity for the large scale production of monoclonal antibodies.

By 1985, two years after negotiations had started, it was apparent that no agreement would be reached with Celltech and BTG licensed the rights to develop and commercialise the drug instead to Wellcome Biotech, a small subsidiary of the British pharmaceutical company the Wellcome Foundation. The Cambridge team were pleased to have Wellcome Biotech on board, as at that time the company was one of the leading British companies in biotechnology and had the strong expertise in the large-scale production of cell cultures necessary for any scaling-up of alemtuzumab.

Wellcome Biotech devoted approximately £50 million over 7 years to the development of alemtuzumab. Under its auspices, alemtuzumab underwent several changes. Notably, the company's scientists found a new way to clone the compound's DNA. This allowed them to devise a method for growing the monoclonal antibody in a cell line obtained from Chinese hamster ovary (CHO) cells. This was a major breakthrough because the CHO cell-line was particularly well adapted to large-scale culture airlift fermentors. Importantly, it enabled the large-scale production of alemtuzumab necessary for conducting trials on a wider scale than had hitherto been possible when the drug was being produced internally by Waldmann and his team at the TAC. 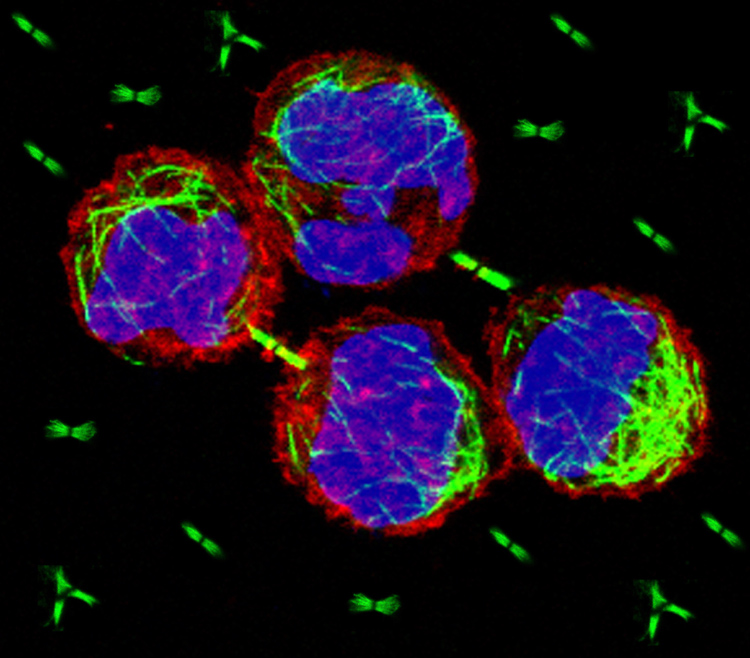 << Scaling up production
Engineering and testing a safer compound >>