The next hurdle: Double-stranded DNA and the human genome

While the dideoxy system marked a major breakthrough in terms of the accuracy and speed of sequencing, it had one drawback. It could only be done with single-stranded DNA. This was not a serious problem in the early years when Sanger and his colleagues were concentrating on sequencing DNA from bacteriophages which are naturally single-stranded. It was also not an issue where double-stranded DNAs separated easily. Most DNA, however, is double-stranded and its two strands are usually difficult to separate. This greatly limited the general applicability of the dideoxy procedure. Sanger and his team tried several methods to crack the problem, but with little success.

By the late 1970s a number of solutions were emerging. One of the most effective methods was devised by Bruno Gronenborn and Joachim Messing, based respectively at the Institute of Genetics, Cologne, and the Max Planck Institute of Biochemistry, Munich. They found a way to convert double-stranded DNA into single strands by inserting it into a single-stranded DNA bacteriophage, known as M13. Once inserted, the bacteriophage naturally modified the DNA into a single stranded stretch in its own DNA. Published in January 1978, Gronenborn and Messing's method provided a simple means to prepare single-stranded DNA. It also had the advantage that all the clones generated by the M13 could be used with a universal primer (Gronenborn, Messing, 1978). 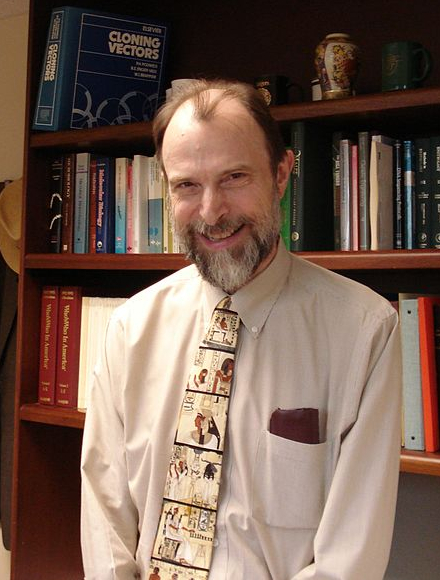 Joachim Messing, 2008. Credit: Mariette Bliekendaal. Messing trained as a pharmacist and did a doctorate in molecular biology. 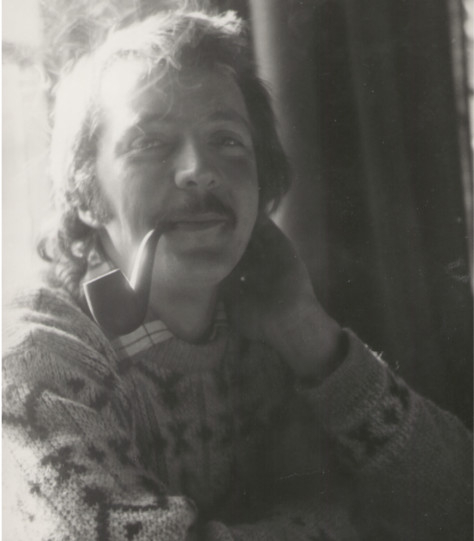 Adopting Gronenborn and Messing's cloning technique was not straightforward, however. One confounding factor was the contemporary anxiety about cloning viruses like bacteriophages. From the time of the Asimolar Conference, organised by Paul Berg in 1975 to consider the potential hazards of recombinant DNA, scientists worldwide were cautious about such cloning. Scientists were so concerned about its potential threat that they imposed a temporary moratorium on any experiments combining DNA from different organisms. Following the Asimolar Conference scientists were expected to follow strict guidelines, albeit voluntarily.

Bruce Roe, an American biochemist from Bethesda Research Laboratory, who spent a sabbatical in Sanger's laboratory in 1979, recalled some of the complexity involved in the introduction of the M13 phage into the laboratory. Initially, the appropriate paperwork needed to be filed for permission to use a particular room, known as Category Room 2. Once this was approved, Roe grew Escheria coli and inoculated them with the M13 phage received from Jo Messing in this specially assigned room. Following inoculation the cells were left overnight and were treated the next day with chloroform to 'kill' the cells so that they could be safely removed from the room. Roe remembered that Sanger could only observe him prepare the chloroform from outside Category Room 2 because he was not certified to enter it. Afterwards, Sanger asked Roe to explain exactly what he had done and why. Roe attributed this to his 'insatiable curiosity', and desire 'to understand thoroughly this new technique before introducing it into the lab (Roe, 2014).

Sanger and his group soon demonstrated the feasibility of combining Gronenborn and Messing's cloning technique with the dideoxy method. This was incorporated into a shotgun sequencing approach in which an entire genome was randomly broken up into lots of small pieces and then cloned. The cloned fragments were then randomly sequenced with the dideoxy method and the results entered on to a computer programmed to assemble the complete sequence. The computer programme pieced the sequence together using the overlapping strings in the sequenced pieces (Sanger, Coulson, Barrell, et al, 1980; Sanger, Coulson, Hong, et al, 1982; Sanger, 1992).

Armed with this new cloning technique, Sanger and his team felt confident enough to start work on DNAs that were double-stranded and larger than the phi X174. The first project they chose was based on a relatively small DNA found in human mitochondria. These are tiny organelles present in the cytoplasm of cells, a fluid-filled space between the cell nucleus and the outer membrane which helps provide a cell's energy. Mitochondrial DNA exists separately from DNA found in the cell nucleus and can make copies of itself. 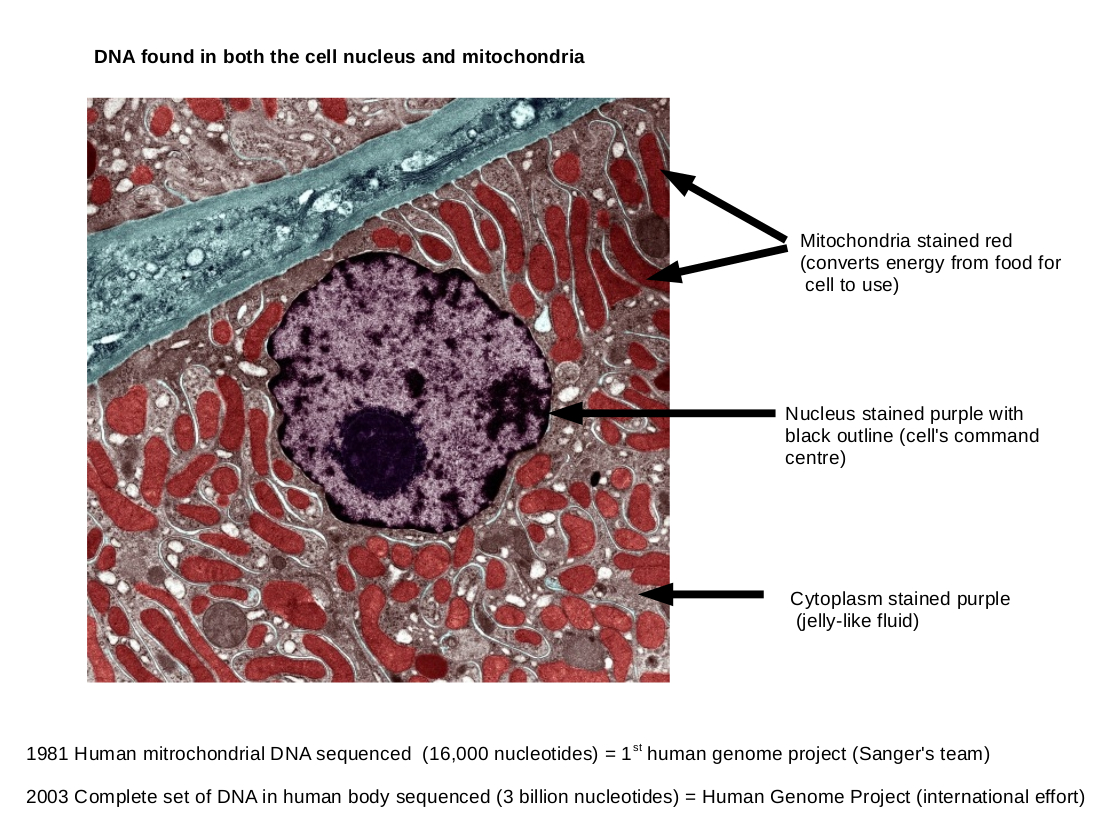 Mitochondrial DNA was of interest for several reasons. Firstly, its size was appropriate, as it was thought to contain about 16,000 nucleotides. Secondly, it was biologically interesting. While mitochondria use proteins encoded by normal nuclear DNA, they also code for a few proteins on their own, as well as transfer RNAs (tRNAs) and ribosomal RNAs. Substantial research had already been carried out on mitochondrial DNA, but its sequence had yet to be determined (Sanger, Dowding, 1996).

Sanger delegated much of the work on human mitochondrial DNA to Bart Barrell, who started this in 1979 with the help of Alan Bankier and Jacques Drouin. Bart took responsibility for collecting and amalgamating all the data recorded by the various collaborators working on different portions of the genomic sequence, inputting this into the computer and then analysing it. Sanger preferred not to get involved in such work because it took him away from his real passion which, as we have seen, was to develop new methods at the bench. Another important member of the team was John Walker, a post-doctoral protein chemist, who joined it in 1974. Walker brought the project his expertise in working out where important genes began and ended. This was vital in determining the sequence (Sanger, Dowding, 1996). 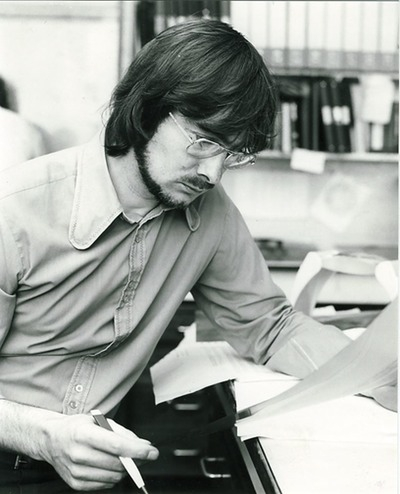 Bart Barell. Credit: Barrell. Sequencing the human mitochondrial DNA was the first project Barrell took on after completing his doctorate at Cambridge University in 1978. He did this without a first degree, and while he was still working at the Laboratory of Molecular Biology. The focus of his doctorate was the phi X 174 bacteriophage.

The full sequence of the human mitochondrial DNA took three years to complete, and was published in 1981. Having more than 16,000 nucleotide base-pairs, this was not only the longest stretch of DNA sequenced so far, it was the first bit of human DNA to have ever been sequenced. One of the project's surprising findings was that mitochondria seemed to have a different genetic code from the normal genetic code found in most bacteria and other mammalian organisms. This was first spotted by Barrell. The data suggested the genetic code was different in mitochondria from other DNA in the human body. Researchers elsewhere also picked up differences between yeast and human mitochondria. Such findings challenged assumptions, which had been around since the 1960s, that the genetic code was universal (Sanger, Dowding, 1996; Anderson, Bankier, Barrell, et al, 1981). 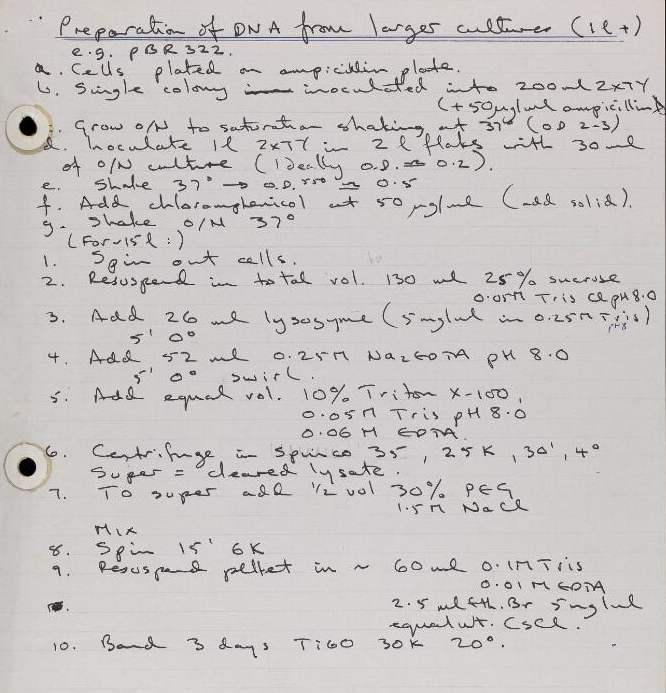 For Sanger, sequencing the human mitochondrial DNA helped plant the seed for the Human Genome Project (Sanger, 1992). Officially launched in 1990 with $3 billion, this project aimed at sequencing the complete set of DNA in the human body. The Human Genome Project would take sequencing to a whole different level, involving the sequencing of many billions of nucleotides. Carried out by an international consortium of scientists from the United States, United Kingdom, France, Australia, Japan and elsewhere, this project was dependent on Sanger's dideoxy sequencing method and Gronenborn and Messing's cloning technique. 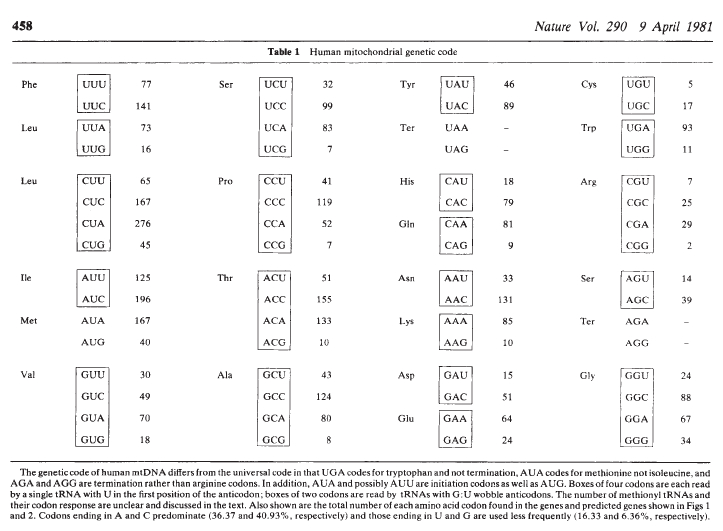 This shows the genetic code worked out for human mitochondrial DNA. It highlights codons (in boxes) that correspond with specific amino acids. Codons are made up of three nucleotides, usually corresponding to a single amino acid. The nucleotides are abbreviated with the letters A, U, G and C. Abbreviations to the side of the codon boxes refer to amino acids. Credit: Anderson, Bankier, Barrell, et al, 1981, table 1.