Werner Arber is a Swiss microbiologist and geneticist who together with Daisy Dussoix helped discover and understand the mechanism of restriction enzymes, laying the foundation for their adoption as molecular scissors. These enzymes today are a fundamental tool for many different types of biotechnology, including DNA sequencing and gene cloning. 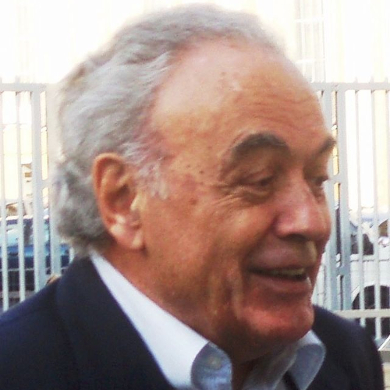 Werner Arber grew up in a Protestant family who lived in Granichen, a village in the German-speaking part of Switzerland half way between Bern and Zurich. Both his parents and grandparents were farmers and as a boy he worked in the fields. In 1966 he married Antonia Arber and had two daughters, Silvia and Caroline, born respectively in 1968 and 1974.

Up to the age of 16 Arber attended public schools and then went to the Kantonsschule Aarau. Some of his favourite subjects at school were science and religious education and at one point he considered becoming a teacher. In 1949 he began studying for a diploma in natural sciences at the Federal Institute of Technology in Zurich. While there he soon became involved in experiments to isolate and characterise the radioactive isotope of chlorine. After completing his diploma Arber was engaged as an assistant to Eduard Kellenberger based in the Biophysics Laboratory at the University of Geneva in 1953. Hired to assist in Kellenberg's electron microscopic investigation of bacterial viruses (bacteriophages), the position allowed Arber to pursue doctoral research. This was focused on the physiology and genetics of bacteriophages. His interest in the field was sparked in part by a visit to the laboratory by Jean Weigle and the work of Larry Morse and Esther and Joshua Lederberg who were working on gene transfer from one strain of the lambda bacteriophage to another. In 1958 Werner was awarded a doctorate. His thesis centred on the deficiencies of a mutant strain of bacteriophage lambda.

Between 1958 and 1960 Arber worked as a research associate in the laboratory of Joe Bertani at the University of Southern California investigating the genetics of P1, a bacteriophage of Escherichia coli. Following this, in early 1960, he spent some time in the laboratories of Gunther Stent in Berkeley, Joshua Lederberg in Stanford and Salvador Luria at the Massachusetts Institute of Technology, Cambridge. During this time he became fascinated by research being carried out to understand how bacteria restricted and modified DNA to prevent their destruction by virus parasites. Between 1965 and 1970 Arber worked with Kellenberg at the University of Geneva on a project funded by the Swiss National Science Foundation. The research aimed to understand the nature of radiation damage to genetic material and its repair mechanism. In 1965 Arber was appointed professor of molecular genetics at Geneva University. Seven years later, in 1972, he moved to the department of the University of Basel. This followed a sabbatical year as a visiting professor in the Department of Molecular Biology at the University of California in Berkeley.

Arber and his doctoral student Daisy Dussoix were the first to outline the mechanism that bacteria use to protect themselves against invading viruses. They proposed that recipient bacteria produce two types of enzymes in defence. The first one cuts up the DNA of the virus to restrict its growth. The second helps it modify its own DNA to resist it being cleaved and destroyed by its restriction enzyme. These enzymes were later isolated and purified by Hamilton Smith and Kent Wilcox and tested for cutting DNA by Daniel Nathans. Arber was awarded the Nobel Prize in Physiology or Medicine together with Smith and Kent in 1978 for their contribution to the discovery and use of restriction enzymes. By this time it was already apparent that such enzymes were important laboratory tools for cutting and pasting DNA, a fundamental process for identifying and characterising genes (DNA sequencing), and for recombining or joining DNA molecules from different organisms (recombinant DNA).

Werner Arber is a geneticist and microbiologist. He shared the 1978 Nobel Prize in 1978 for helping to discover restriction enzymes and showing their application in molecular genetics. It was based on some work he carried out in the 1960s. Arber indicated in 1965 that restriction enzymes could be used as a tool for cleaving DNA. The enzymes are now an important tool for genetic engineering. 1929-06-03T00:00:00+0000Werner Arber was born in Granichen, SwitzerlandWerner Arber, Swiss microbiologist and geneticist, and his doctoral student Daisy Dussoix proposed that bacteria produce restriction and modification enzymes to counter invading viruses. They published their findings in 'Host specificity of DNA produced by Escherichia coli I and II', Journal Molecular Biology, 5 (1962), 18–36 and 37-49.1962-01-23T00:00:00+0000Idea of restriction and modification enzymes bornThe prediction was published in W. Arber, 'Host-controlled modification of bacteriophage', Annual Review Microbiology, 19 (1965), 365-78. it was based on some research he carried out in the early 1960s with his doctoral student, Daisy Dussoix. They found that bacteria protect themselves against invading viruses by producing two types of enzymes. One cut up the DNA of the virus and the other restricted its growth. Arber believed these two enzymes could provide an important tool for cutting and pasting DNA, the method now used in genetic engineering. 1965-10-01T00:00:00+0000Werner Arber predicted restriction enzymes could be used as a labortory tool to cleave DNAW. Arber, S.Linn, 'DNA modification and restriction', Annual Review Biochemistry, 38 (1969), 467-500.1969-07-01T00:00:00+0000Discovery of methylase, an enzyme, found to add protective methyl groups to DNAThe prize was jointly awarded to Werner Arber, Daniel Nathans and Hamilton O Smith. Arber was the first to discover the enzymes; Smitth demonstrated their capacity to cut DNA at specific sites and Nathans showed how they could be used to construct genetic maps. With their ability to cut DNA into defined fragments restriction enzymes paved the way to the development of genetic engineering. 1978-10-01T00:00:00+0000Nobel Prize given in recognition of discovery of restriction enzymes and their application to the problems of molecular geneticsA consortium including scientists from Celera Genomics and 13 other organisations published the first consensus sequence of human genome. It was shown to have a 2.91 billion base pair sequence. The project took advantage of the DNA sequencing technique pioneered by Fred Sanger. 2001-02-16T00:00:00+0000First consensus sequence of human genome published