First director of the Basel Institute of Immunology, Jerne's research and theories to explain antibody diversity and formation helped ignite work that laid the foundation for the production of monoclonal antibodies. 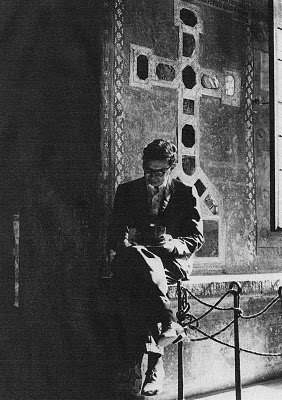 The fourth of five children of Danish parents, Niels Jerne spent most of his youth based in Rotterdam. His father was an inventor and industrialist who made money from celluloid signposts and then bacon. During his youth he developed a strong interest in chess, mathematics, literature and languages. Jerne married three times, the first to Ilse Wahl in 1935, a Czech painter who committed suicide in 1945 with whom he had two sons, the second to Adda Sundsig-Hansen in 1948, and finally to Ursula Kohl in 1964.

In 1931 Jerne enrolled at Leiden University pursuing different science courses and classical studies, but then departed in 1934 for the University of Copenhagen to begin a medical degree. He only finished this degree in 1947, after a break of three years working for his father experimenting on bacteriological methods for bacon curing. Between 1947 and 1951 he undertook a doctorate investigating quantitative measures for the binding strength of antibodies.

From 1928 and 1931 Jerne worked for a banana exporting company but left when he realised he had no desire for a business career. Between 1943 and 1962 Jerne was immersed in resolving problems of the biological standardisation of antigens and antisera when employed part-time at the Danish State Serum Institute and then full time for WHO. Following this he took university positions for six years, firstly in Pittsburgh and then Frankfurt. In 1968 he accepted the pharmaceutical company Hoffmann-La Roche's invitation to found and direct the Basel Institute of Immunology, a position he held until retirement in 1980.

On a practical level Jerne helped construct guidelines for the standardisation of vaccines and sera, including vaccines against smallpox, poliomyelitis, yellow fever, and cholera. He was also at the forefront of fostering international cooperation and training in immunology. On a theoretical level Jerne established an important framework for understanding antibody formation and diversity. He put forward the idea that mammals possess a small repertoire of antibodies in their blood initially and that more copies of antibodies are produced in response to an antibody encountering a foreign substance known as an antigen. Together with Albert Nordin, Jerne also developed the plaque assay test. This gave scientists the ability to visualise and determine the number of antibody-producing cells with the naked eye for the first time. Overall his work helped ignite an explosion of research, helping pave the way to monoclonal antibodies and the granting of his Nobel Prize in 1984.