Schoemaker was co-founder and first Chief Executive Officer of Centocor, an American biotechnology company that pioneered the commercialisation of monoclonal antibody diagnostics and therapeutics. 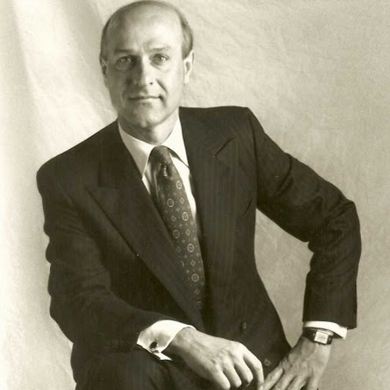 This portrait photo was taken in 1992 showing Schoemaker in his capacity as Chief Executive Officer of Centocor. (Photo credit: Anne Schoemaker)

The second of five children, Hubert Schoemaker came from a Dutch family with a long tradition of risk-taking, his father having abandoned a physics degree to join the Dutch resistance movement during the Second World War. During his childhood Schoemaker became fascinated with business, inspired by his father's co-founding of a successful international company manufacturing chemicals, food additives and other products. Schoemaker married twice, the first to Ann Postorino, with whom he had four children, and the second to Anne Faulkner who helped him live with brain cancer for 12 years.

Click here for more pictures from the life of Hubert Schoemaker

Schoemaker was initially educated at a local Catholic school and then a Jesuit-run boarding school. When 18 he took the unusual decision for his peer group not to study in the Netherlands and to instead study chemistry at Notre Dame University, USA. Thereafter he opted for a doctorate in biochemistry at MIT over a degree at Harvard Business School. He completed his doctorate within three years, concentrating his research on transfer ribonucleic acids under the guidance of Paul Schimmel, a leader in the study of genetic code and the mechanism of protein synthesis. While studying for his doctorate he undertook part-time courses at the Sloan School of Management. Inspired by all the biotechnology being undertaken at MIT and through meeting others from places such as Stanford University, Schoemaker developed an interest in finding avenues for the commercialisation of biotechnology.

In 1975 Schoemaker declined post-doctoral positions, including one with Stanley Cohen, the co-developer of recombinant DNA and another with Klaus Weber, a close colleague of James Watson who was based at the Max Planck Institute for Biophysical Chemistry, to enter the world of business. His initial job, with AIM Packaging, a low-tech manufacturing company, was cut short when his first child was diagnosed shortly after birth with severe disabilities due to lissencephaly, a rare brain malformation. Profoundly moved to help others by his daughter's mental and physical disabilities, in 1976 Schoemaker joined Corning Medical where took the lead to develop several pioneering diagnostic tests based on immunoassays. He was instrumental in the development of the company's diagnostic tests for hyperthyroidism, hypothyroidism and cortisol. One of the most important of these was the free T4 assay, which continues to this day to be used for measuring blood thyroxine levels, an indicator of hyperthyroidism. In 1979 he co-founded Centocor, one of the first American biotechnology companies dedicate to commercialise monoclonal antibody diagnostics and therapeutics. He also founded Neuronyx in 1999 with the objective of the development of bone marrow stem cells for therapeutic applications.

Whilst at Corning Schoemaker's work on this helped place Corning Medical's immunoassay diagnostics on the map. At Centocor Schoemaker helped forge the commercial application of monoclonal antibodies to diagnostics and therapeutics, resulting in the company's sale to Johnson & Johnson for $5.2 billion in 1999. Under his watch Centocor established a significant market share in cancer diagnostics and won approval for ReoPro, an anti-clotting drug, and Remicade, a blockbuster drug to treat Crohn's disease and rheumatoid arthritis. He also co-founded the Eastern Technology Council and Technology Leaders Venture Fund to promote biotechnology in Philadelphia and played a vital role in furthering the residential and educational care of disabled children through the Melmark organisation.

Hubert Schoemaker was born in Deventer, The Netherlands