Together with Cesar Milstein, Kohler developed the first unlimited supply of long-lasting monoclonal antibodies, which today underpins the development and application of many diagnostics and therapeutics. 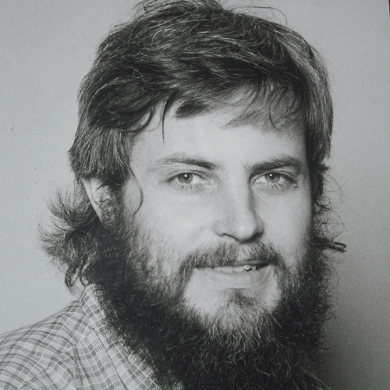 Georges Jean Franz Kohler was born in 1946 in what was then occupied Germany. His father, Karl, was German, and his mother, Raymonde (nee Laporte) was French. When Kohler was 10 years old the family moved to Kehl, a medium size town in southwestern Germany located on the river Rhine directly opposite the French city of Strasbourg. In 1968 Kohler married Claudia Reintjes. They had met while Kohler was doing his university studies and Claudia was working as a physician's practice assistant. Claudia had grown up in Wehr/Baden, a small town in the southwestern extension of the Black Forest that bordered on Switzerland. Kohler and Claudia had their first daughter, Katharina in 1969. At the time Kohler was still at university and did some taxi driving at night to support his family. The couple went on to have Lucia in 1972 and Fabian in 1972. Kohler prized spending time with his wife and children over work. He particularly enjoyed roller-skating with his children on the streets in Efringen-Kirchen, the village where he lived when he worked in Basel, and driving a small tractor on small country roads.

Kohler attended the local high school, Progymnasium Kehl a Rhein, during which time his academic performance was mixed. His school reports reveal that he had little interest in any particular subject except for sport and he did only the minimum amount of work to make it through without needing to repeat a year. In 1965 he left high school with a baccalaureate and went to study biology at the Albert-Ludwigs University in nearby Freiburg in Breisgau. Alongside his biology course he took voluntary studies in higher mathematics, natural philosophy, and theory of cognition in natural sciences. Kohler initially contemplated becoming a high school teacher and attended a seminar series at university to qualify for the profession. In the end, however, he opted to pursue a diploma so he could have an academic or professional career. To this end he undertook experimental work at the Institute of Microbiology working on mutant strains of Escherichia coli unable to repair DNA. Kohler was awarded a diploma (equivalent to a master's degree) in March 1971. Following this Kohler undertook a doctorate under Fritz Melchers who was based at Freiberg University and had an affiliation with the Basel Institute of Immunology in Switzerland. Melchers was initially reluctant to supervise him because Kohler was so quiet and introverted, but was persuaded to take him on as a result of a recommendation by Kohler's former professor Rainer Hertel. From the start Kohler and Melchers had a fraught relationship. This was in part because Melcher was disappointed by what he perceived to be Kohler's absence of ambition, and the lack of diligence and hours he devoted to his work. Kohler's doctoral research focused on estimating how many antibodies animals could make against beta-galactosidase, an enzyme produced by Escherichia coli. To carry out the work Kohler injected beta-galactosidase into several laboratory animal species, including rabbits, mice and rats, and then analysed the antibodies contained in their serum. Importantly his work demonstrated that animals could generate many different types of antibodies against a single site on a foreign protein. Kohler completed his doctorate in April 1974. Opting not to answer a demanding question that would have given him the possibility of obtaining the highest mark for his thesis, Kohler was given the mark magna cum laude.

In April 1974 Kohler gained a post-doctoral fellowship from the European Molecular Biology Organization to work in the laboratory of Cesar Milstein at the Laboratory Molecular Biology in Cambridge, UK. The two scientists had met the previous year when Milstein gave a lecture at the Basel Institute of Immunology. It was during his time in Cambridge that he and Milstein devised the seminal technique to produce monoclonal antibodies. This they did as part of a project to develop a tool to understand the mechanism underlying the diversity of antibodies. In April 1976 Kohler returned to the Basel Institute of Immunology where he continued to investigate antibody diversity and in the early 1980s began work to develop transgenic mice that could generate self-reactive antibodies. This he did with the help of Sandro Rusconi. The aim was to genetically modify mice for use as models to study self-tolerance. Nine years later Kohler was appointed director of the Max-Planck Institute of Immunobiology and a member of the Max-Plank Society for the Advancement of Science. This position took him away from working at the bench, but he continued to take a keen interest in the experimental results of his collaborators.

Kohler is most well known for the technique that he devised with Cesar Milstein which produced the first long-lasting supply of monoclonal antibodies. He and Milstein were awarded a Nobel Prize for this work, along with Niels Jerne in 1984. Kohler was also jointly awarded the Lasker Prize in 1984 with Milstein for the production of monoclonal antibodies. What is less well publicised is his foresight that immunological research would greatly benefit from the ability to genetically manipulate mice. He and Rusconi generated the first transgenic mice with genes coding for both the heavy and light chain domains in an antibody. Their results were published in Nature in March 1985. Some of the transgenic mice Kohler and his collaborators Frank Brombacher, Marinus Lamer and Herman Eibel developed helped demonstrate the important role receptors of the hormone interleukin play in the human response to parasitic infections. This was published in The EMBO Journal 8/12 (1989), 3719-26.