A pioneer in the development of the oral polio and modern rabies vaccines, Koprowski was the first scientist, together with colleagues, to be granted a patent for monoclonal antibodies. 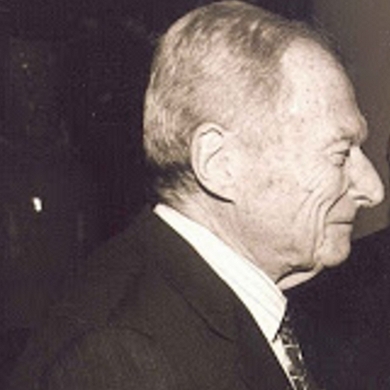 Born to Jewish parents, Koprowski was the only son of one of Russia's first female dentists and a Russian soldier who had survived the sinking of his ship during the Russian-Japanese war. In 1938 Koprowski married Irena Koprowska, a fellow medical student, with whom he had two sons. When the Nazis invaded Poland Koprowski initally looked to join the Polish army, but was forced to depart with Irena, then in the late stages of pregnancy, and his parents. They fled temporarily to Rome, before escaping to Rio de Janeiro and then New York in December 1944.

At the age of five Koprowski started learning the piano, going on to earn music degrees from the Warsaw Conservatory of Music and the Santa Cecilia Conservatory in Rome. While fourth best in his class at the Warsaw Conservatory, Koprowski simultaneously trained in medicine at Warsaw University, believing a career in medicine offered him greater options to excel. Completing his medical degree in 1939, the outbreak of the Second Wold War reinforced his decision to pursue a medical career. This did not stop him playing the piano or composing music throughout his life.

A chance meeting with a former schoolmate in Brazil helped secure Koprowski a position at the Rockefeller Foundation in Rio, launching his foray into virology and vaccine research. His initial efforts in this area were devoted to the development of a live-virus vaccine against yellow fever. In 1945 Koprowski became a researcher for Lederle Laboratories in New York where he focused on developing a polio vaccine. From 1957 and 1991 Koprowski was director of the Wistar Institute, leading it to become internationally renowned for vaccine research and a National Cancer Institute Cancer Center.

Koprowski is most well known for his development of the first oral polio vaccine. Whilst at the Wistar he also helped develop the rubella vaccine that was to eradicate the disease from much of the world, a rabies vaccine based on tissue culture for humans, and an oral bait rabies vaccine for animals. In the late 1970s he and his Wistar colleagues were granted the first monoclonal antibody American patents which he used to co-found Centocor, one of the first biotechnology companies to commercialise monoclonal antibody diagnostics and therapeutics.