Founder of Sera-Lab, the first biotechnology company to commercialise monoclonal antibodies, Murray's entrepreneurial efforts paved the way to the wide-scale adoption of the technology in research and its clinical application. 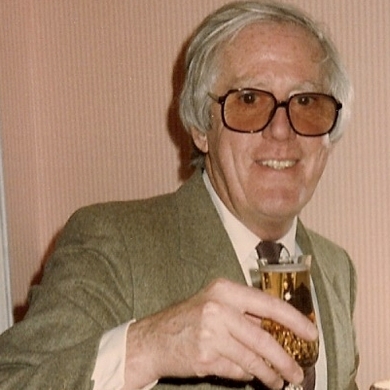 Murray was the son of English-born parents who preferred to work on the stage than rear children. The middle of three children, Murray and his sisters were cared for by their paternal French grandmother from an early age. When Murray was five his parents moved to Belgium where his father took over the management of a successful theatre restaurant. Shortly after Murray's grandmother took him and his sisters to Belgium where they were housed separately from their parents in a cafe/bar and received only a pittance to live on. The family's finances improved when Murray's father moved the family back to London in the early 1930s to start his own night club. The nightclub, established in 1933, was known as Murray's Cabaret Club. In 1963 the club became infamous for its entanglement in the Profumo affair. Murray worked with his father at Murray's until 1968. Murray married four times. Two of his wives, Lynette and Jenny, were major partners in the business he later established supplying scientific reagents that would prove crucial to the rise of biotchnology.

Click here for more pictures from the life of David Murray

Murray was first educated by nuns in Belgium. When Murray was 10 years old his family returned to England and he attended a local co-education school. A year later Murray went to St. Augustine's College in Walton-on-Thames, but the school fell into disrepute so he was then sent to Seabrook Lodge, a preparatory school in Folkestone. At 13 Murray began boarding at Dover College, where he continued till the age of 16 when the Second World War broke out. After the War Murray started a DSc degree in biology at the University of Eastern California in Orlando, Florida. Six months into his degree, however, he was recalled to London to help rescue his father's nightclub from financial disaster and Murray was forced to continue his degree by correspondence.

Murray's first employment was at Ardente Acoustic Laboratories, a company designing and installing hearing aids and intercommunication sets. He was granted this work at the age of 16 as a result of family connections. Murray worked his way from the position of apprentice through to service engineer at Ardente. Among the tasks he was expected to take on was installing equipment for the Air Ministry and Admiralty, then of national importance to the war effort. When 18 Murray joined the RAF, serving first in the Special Investigations Branch and then the Special Operations Executive for which he acted as a saboteur in occupied Europe. After the War Murray worked as the general manager for his father's nightclub, steering the club through the upheaval of the Profumo affair. In 1968 Murray left the club penniless after a rift with his father and set up Ranch Rabbits, a small-scale business supplying the first purpose-bred herd of animals for laboratory research. In 1971 he founded Sera-Lab to provide sterile filtered cell culture serum, custom antibodies, plasma and blood products to the scientific community and pharmaceutical companies. Murray continued running Sera-Lab and Ranch Rabbits until his retirement in 1989, when the two companies were bought by Porton International.

Murray was at the forefront of advancing the commercial development of scientific reagents essential to advancing biotechnological research. This included the provision of high quality foetal bovine serum, a vital additive for tissue culture. Long before other scientists had fully understood the significance and application of monoclonal antibodies, Murray also took the first steps to establish a supply of monoclonal antibodies for the research community. This was based on a collaboration with Milstein, established in early 1977. By 1980 his company Sera-Lab had one of the most comprehensive collections of monoclonal antibodies in the world and was a lynchpin in both sourcing and maintaining monoclonal antibodies for researchers at a time when most laboratories had little access to the technology.