A leading centre for immunological research from 1971 to 2000, the Basel Institute of Immunology helped lay the groundwork for the development of monoclonal antibodies. 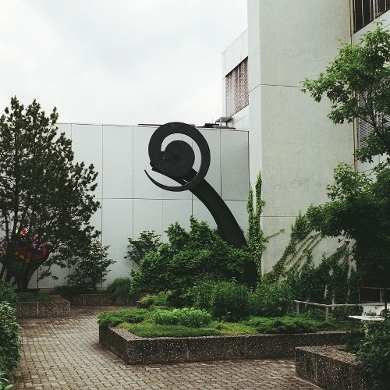 The Basel Institute for Immunology (BII) was founded in 1969 to conduct research into immunology, with a focus on understanding antibody formation, structure and formation. Funded by the pharmaceutical company F. Hoffman-La Roche, the aim of the BII was to foster greater collaboration between basic scientists and industry and keep the company informed of developments in biology, cell biology and biochemistry.The objective of the BII was to allow scientists the freedom to pursue research without the constraints of fund raising and meeting the demands of a particular funding body. Such a set up was highly unusual at the time. Opening its doors in 1971, the Institute rapidly became an international hub of collaborative research, laying the foundation for major advances in the understanding of the immune system and its functions.The permanent staff of the BII was kept deliberately small with large numbers of visitors invited each year so as to encourage a flow of research and ideas. By 1972 there were over 20 nationalities represented within the Institute with at least 15 languages being spoken. Commenting on the atmosphere of the BII, the journal Nature likened its ideals to those of the French revolution - liberty, equality and fraternity. The journal called the BII a paradise devoted to the science of immune systems.The BII was called one of the ten cradles of creativity by the Nobel Foundation during its Centennial Exhibition of the Nobel Prize in 2001. By the time the Institute closed its doors in 2000, over 500 scientists had either trained or worked there. The average age of the scientists who worked at the Basel Institute of Immunology was at any one time 35 years. After spending their formative scientific years at the Institute, these scientists left to become some of the world's leading immunologists in other research centres around the world. They represented the core of the field of immunology worldwide. Over the course of the BII's lifetime, prestigious international awards in immunology would be conferred on 27 of its scientists and three of its scientists would be given Nobel Prizes. Notably the theories and work carried out at the BII lay the ground for the creation of monoclonal antibodies which today are a vital component of biotechnology.In 2000 F. Hoffman-La Roche dissolved the BII and replaced it with the Roche Center for Medical Genomics, a more traditional mission-and-profit oriented research and development division of the company.

Click here for more pictures about Basel Institute of Immunology