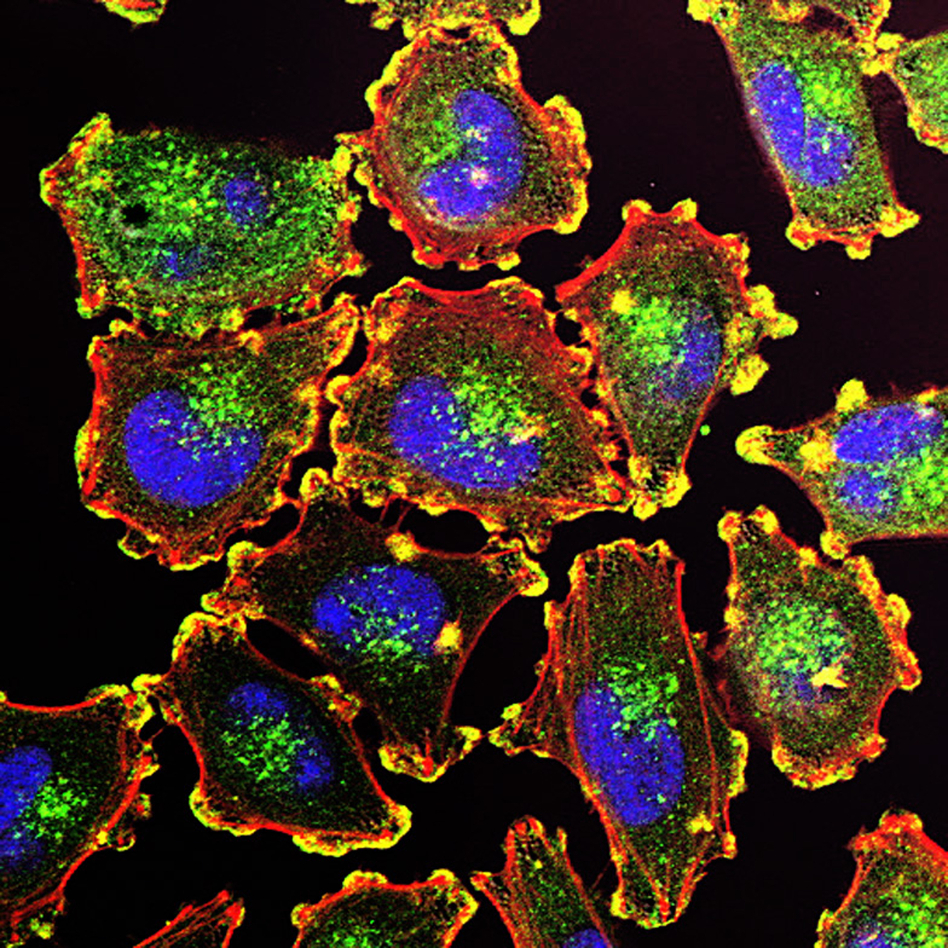 Immune checkpoint inhibitor drugs have been hailed as a major breakthrough for cancer treatment by oncologists. What is particularly impressive is how durable and long-lasting the responses are. Patients originally given just weeks to live, survive for many years following treatment. Where the drugs have proven particularly helpful has been in the treatment of patients with metastatic cancer, particularly melanoma and lung cancer. Here the drugs have helped convert what were once considered fatal diseases into a chronic condition. The drugs are also thought to have potential for the treatment of renal cell carcinoma, non–small cell lung cancer, urothelial cancer, head and neck cancer, ovarian cancer and various lymphomas.

The history of checkpoint inhibitors stretches back to the early twentieth century. In 1910 two Jewish Austrian physicians, Ernest Freund and Gisa Kaminer based at the Rudolf-Stiftung Hospital in Vienna, noticed that blood serum taken from healthy individuals could dissolve cancer cells whereas that of cancer patients could not. By 1924 they had found a substance in the intestines of cancer patients which when added to normal serum reduced its ability to dissolve cancer cells. News of their finding quickly spread across the world. Their discovery, however, was soon forgotten and in 1938, following the annexation of Austria by Nazi Germany, both physicians fled to London where they soon died.

Many years later, in 1966, Karl and Ingegerd Hellstrom, a Swedish couple based at the Fred Hutchinson Cancer Center spotted that serum taken from mice with chemically induced tumours suppressed the reaction of lymphocytes. They attributed this to some sort of blocking factor. In 1971 they published a paper in Advances in Immunology suggesting that 'blocking antibodies bind to the target tumour cells and thereby mask their antigens from detection by immune lymphocytes'. By 1982 this paper had been cited 653 times, making it a citation classic.

It would take some time before the exact blocking mechanism was unravelled. This was eventually pieced together as a result of a discovery made in 1987. That year a French group of researchers, led by Jean-Francoise Brunet, detected a new protein on the surface of T lymphocytes. They called the new molecule ‘cytotoxic T lymphocyte-associated antigen 4’ (CTLA-4).

Based on his results Allison began looking for a commercial partner to develop his idea further. Most companies, however, were reluctant to take on such a venture. In part this was because he was suggesting the suppression of a natural brake on the immune system to unleash an attack on the cancer. This contrasted other forms of immunotherapy, most of which were designed to ramp up the immune system to attack cancer. Many immunology researchers were additionally sceptical about the efficacy of an antibody based treatment for cancer.

By 1999, however, Allison’s patent had been licensed to Medarex, a small biotechnology company founded in Princeton in 1987. This was instigated by two of the company’s key scientists, Alan Korman and Nils Lonberg, who were some of the first to grasp the potential of Allison’s work. In 2000 Medarex launched its first clinical trials with a human Mab binding to CTLA-4. This paved the way to the approval of ipilimumab for the treatment of metastatic melanoma by the FDA in 2011. It was the first immune checkpoint inhibitor to reach market.

Three years later the FDA approved another immune checkpoint inhibitor, nivolumab, developed by Medarex. This was founded on the back of the discovery of another protein related to CTLA-4 on T cells that could inhibit their activity. Called PD-1, this protein was first spotted in 1992 by Tasuku Honjo and his colleagues at Kyoto University, but its function remained an enigma until the late 1990s when it was shown to help dampen the immune response after the elimination of a disease. Soon after this, Gordon Freeman and colleagues at the Dana-Farber Institute demonstrated that cancer cells were capable of hijacking the PD-1 protein to evade attack by the immune system.

Following the success of ipilimumab several other immune checkpoint pathways have begun to be explored the treatment of cancer. This has been aided by ongoing research into the regulation of immune responses. These have uncovered a number of important molecules, including the lymphocyte activation gene 3 (LAG3), T cell immunoglobulin and mucin domain-containing 3 (TIM3) protein, Indoleamine-2,3-dioxygenase (IDO) and VISTA, short for V-domain Ig suppressor of T cell activation. Out of all of the molecules now being investigated, the greatest progress has made so far with LAG3.

While immune checkpoint inhibitor drugs now offer a promising treatment for advanced cancer, they can cause serious side effects some of which can be fatal. Ipilimumab, for example, can cause lung inflammation and hepatitis. In some cases patients find the toxicity of ipilimumab so intolerable that they stop taking it. Managing the adverse events can also be expensive.

Another major problem with immune checkpoint inhibitors is that they only work for about a quarter of all cancers. One of the reasons for this is that cancer cells not only inhibit pathways that affect T cell functions. This is beginning to be addressed by the use of a combination of different drugs and the development of treatments that targeting other immune-evasion mechanisms.

This profile was written by Lara Marks in May 2017. Thanks go to Nils Lonberg and Donald Drakeman for reading earlier drafts of the work. For a fuller history of checkpoint inhibitors see L. Marks, 'The changing fortune of immunotherapy', in L. Marks, ed. Engineering Health: Biotechnology and Medicine, Royal Society of Chemistry, 2018.

Two teams, one led by James Alison and the other by Jeffrey Bluestone, independently show CTLA-4 can inhibit the activity of T cells

FDA approved pembrolizumab (Keytruda®) for the treatment of patients with metastatic non-small cell lung cancer (NSCLC) whose tumors express PD-L1 as determined by an FDA-approved test.