DNA extraction is the technique used to isolate DNA in a biological sample.

As shown in this photo, DNA, a long stringy molecule, can be lifted out of a solution by the use of a glass rod or wooden stick which it naturally wraps around when turned. 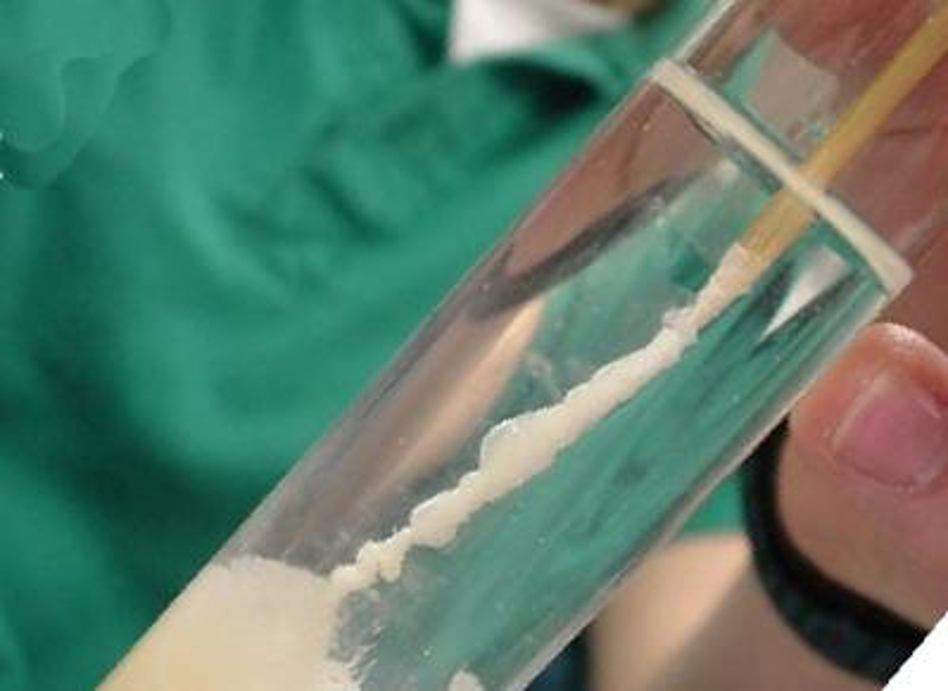 The extraction of DNA is pivotal to biotechnology. It is the starting point for numerous applications, ranging from fundamental research to routine diagnostic and therapeutic decision-making. Extraction and purification are also essential to determining the unique characteristics of DNA, including its size, shape and function.

DNA was first isolated by the Swiss physician, Friedrich Miescher, in 1869 while working in the laboratory of the biochemist Felix Hoppe-Seyler. This he did as part of a project to determine the chemical composition of cells which he saw as the means to unravelling the fundamental principles of the life of cells. Initially, he began this research by using lymphocytes drawn from lymph nodes but was unable to get sufficient quantities for analysis so switched to using leucocytes, white blood cells, which he gathered from pus found on fresh surgical bandages collected from a nearby surgical clinic. In the course of his work on leucocytes he noticed the precipitation of a substance when acid was added and that this dissolved following the addition of alkali. Mierscher decided to call the new substance 'nuclein' by virtue of its presence in the nuclei of the cell. Upon further analysis, Miescher noted that the chemical composition of the substance differed from proteins and other known molecules. He speculated that it played a central role in cells and was involved in the division of cells. Following this, Miescher developed a method for isolating nuclein from salmon sperm. Many advances have been made to the methods for extracting and purifying DNA since Miescher's time. From the 1950s routine laboratory extraction of DNA became reliant on the use of density gradient centrifuges. Until very recently most methods for extracting DNA remained complex, labour-intensive and time-consuming. They also provided only small quantities of DNA. Today there are many specialised extraction methods. These are generally either solution-based or column-based. The extraction of DNA has become much easier with the emergence of commercial kits and the automation of the process. Such changes have both sped up production and increased the yield of DNA.

The ability to extract DNA is of primary importance to studying the genetic causes of disease and for the development of diagnostics and drugs. It is also essential for carrying out forensic science, sequencing genomes, detecting bacteria and viruses in the environment and for determining paternity.