Restriction enzymes are a group of proteins that bacteria produce to cut up the DNA of invading viruses. 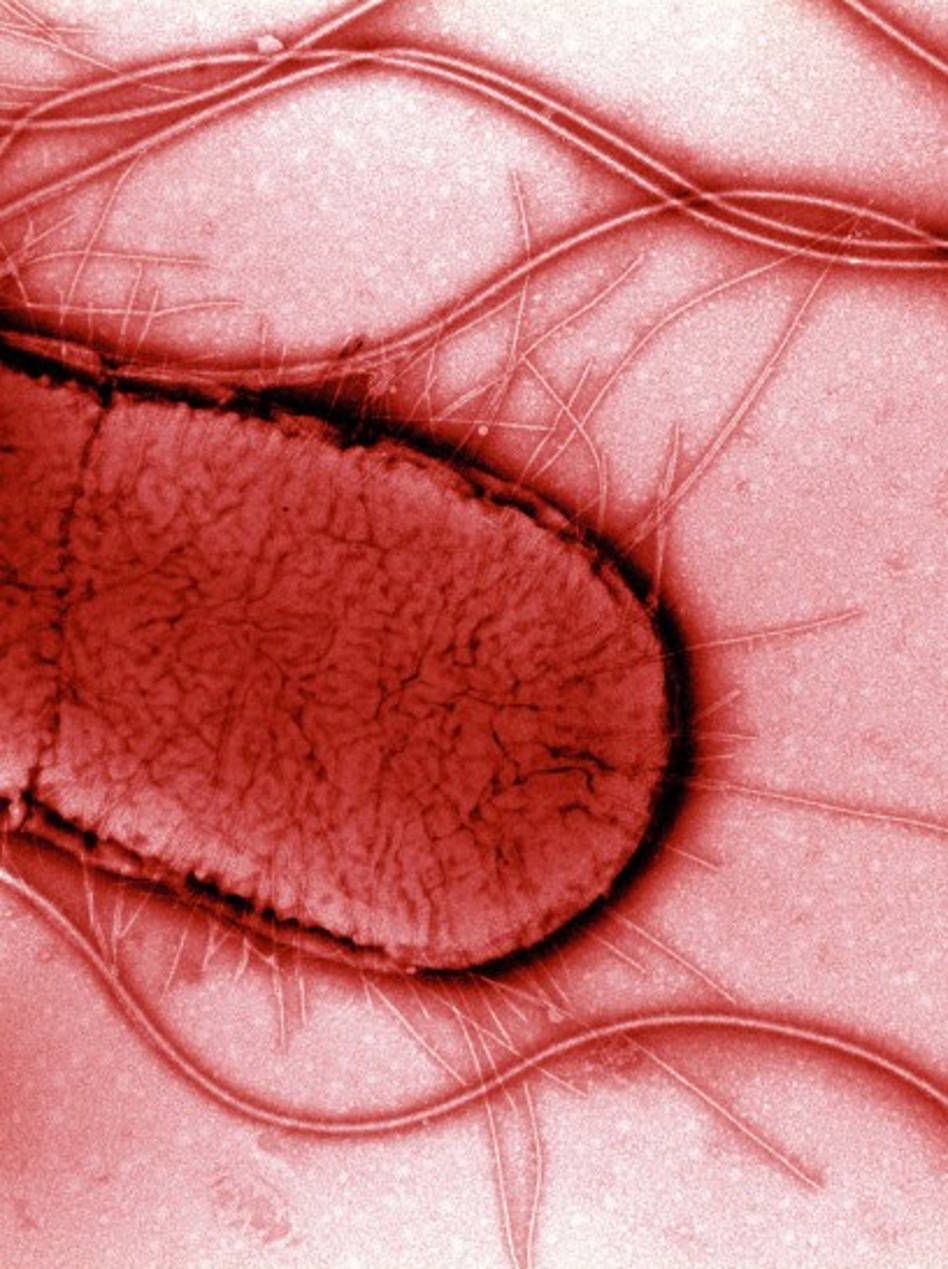 Today restriction enzymes are an indispensable tool for biotechnology. The advantage of such enzymes is that they offer the means to very precisely cut through a double strand of DNA. Over 19,000 restrictive enzymes have been identified to-date. Each of these enzymes recognises a specific pattern of nucleotides in a DNA sequence. There are four main types of restrictive enzymes. Of these, Type II restrictive enzymes have attracted the most attention due to their utility as tools for recombinant DNA technology. Commercially there are currently over 300 Type II restriction enzymes, with over 200 different sequence-specificities, available. Far fewer Type I, III and IV restriction enzymes have been characterised, but studies of these enzymes are providing rich information on DNA–protein interactions and catalysis, protein family relationships, control of restriction activity and plasticity of protein domains.

In 1952 Salvador Luria and his graduate student Mary Human based at the University of Illinois noted a strange phenomenon when conducting experiments to study the breakup of DNA in phage-infected bacteria. They had started their work using Escherichia coli and then switched to the use of Shigella bacteria following an accidental breaking of their test tube full of phage-sensitive Escherichia coli culture. To their surprise they observed that exposure to Shigella prevented the growth of the phages (viruses) in Escherichia coli but not in other bacteria species. In a series of further experiments with other phages and a range of Escherichia coli and Shigella hosts they noted that some phages disappeared and then reappeared when cultured with different bacteria and that the phages could once again grow in the original host one generation later. Whatever had caused the modification in the viruses, they concluded, had not been a genetic mutation because it was not a permanent change. Rather it seemed to be caused by the host bacteria. They labelled the process a 'host induced' genetic variation, later called restriction-modification phenomenon. Within a year other scientists, E S Anderson and A Felix at the Central Enteric Reference Laboratory in London and Joe Bertani and Jean Weigle at the University of Illinois were also reporting observations of host controlled variation in bacterial viruses. In 1962 Werner Arber and his doctoral student, Daisy Dussoix, based on experiments they had conducted with with lambda phage, proposed the phenomenon could be explained by restriction and modification enzymes produced by bacteria to defend themselves against invading viruses. When elaborating on this, Arber hypothesised that bacteria produced a digestive enzyme which cut viral DNA into smaller pieces at specific sites and an enzyme to catalyse methylation, or modification, of its own DNA to protect it from the restrictive enzyme. In 1965 Arber argued that should it be possible to isolate and characterise restriction enzymes, they could be used as a laboratory tool to cleave DNA. Three years later Werber and his postdoctoral student Stuart Linn identified the first restriction enzyme (EcoB) in Escherichia coli and demonstrated its action. The same year, Matthew Meselson and his postdoctoral student Robert Yuan, at Harvard University, identified another restriction enzyme, EcoK, from Escherichia coli. Soon after, in July 1970, Hamilton Smith and Kent Wilcox announced that they had isolated and characterised a restriction enzyme (HindII) in a second bacterial species, Haemophilus influenza, and demonstrated that it degraded the DNA of a foreign phage. Soon after Smith and his postdoctoral student Thomas Kelly determined the nucleotide sequence of the specific site where HindII cleaved the DNA. This confirmed Arber's hypothesis that restrictive enzymes are highly selective in where they make their cuts. Within a short time the basic action of restriction enzymes had been understood and in 1971 Smith's colleague, Daniel Nathans and his postgraduate student Kathleen Danna demonstrated HindII cleaved DNA of the SV40 virus into 11 well defined fragments and how o piece these fragments together to construct the complete genetic map of SV40 DNA. This laid the foundation for the adoption of restriction enzymes for DNA research.

Restriction enzymes are used for many different purposes in biotechnology. Such enzymes can be used to splice and insert segments of DNA into other segments of DNA, thereby providing a means to modify DNA and construct new forms. Their ability to recognise and cut at specific points in a DNA sequence has also made them invaluable tools for the physical mapping of DNA, such as carried out in mapping the human genome.

First observation of the modification of viruses by bacteria